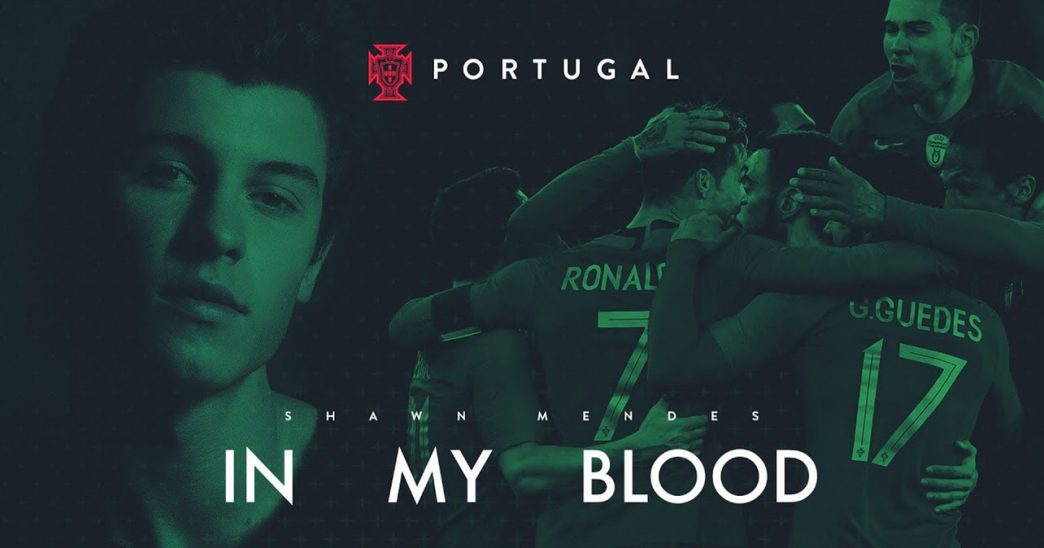 On June 13th, Shawn Mendes dropped a Portuguese version of his song “In My Blood” as Portugal’s official World Cup song. The release incited much celebration from his fans in Portugal and not so ecstatic responses from fans in Brazil, which is another Portuguese speaking country and competitor in the World Cup. Mendes’ preference for Portugal is likely explained by his personal ties to the country; although he was born in Ontario himself, his father immigrated from Portugal.

“In My Blood” is an anthem of perseverance, a theme that fits perfectly with both the World Cup and the immigration story. The official music video, released on the Portugal soccer team’s official Youtube channel, features not only clips of their athletes, but also scenes of Portuguese citizens in various parts of their daily lives.

The formidable spirit of the song is captured in the lyrics as well as Mendes’ strong vocal performance. The intro begins softly, reflecting the defeat and helplessness described in the first verse, but builds up to a powerful chorus, where Mendes sings “Sometimes I feel like giving up// But I just can’t// It isn’t in my blood.” In this latest version, he sings part of the chorus as well as the bridge and outro in Portuguese, stating proudly, “Nós somos Portugal,” or “We are Portugal.”

As a soccer fan himself, Mendes will be cheering for Portugal and his favorite player Cristiano Ronaldo in this year’s World Cup matches. Listen to “In My Blood (Portuguese Version)” HERE: