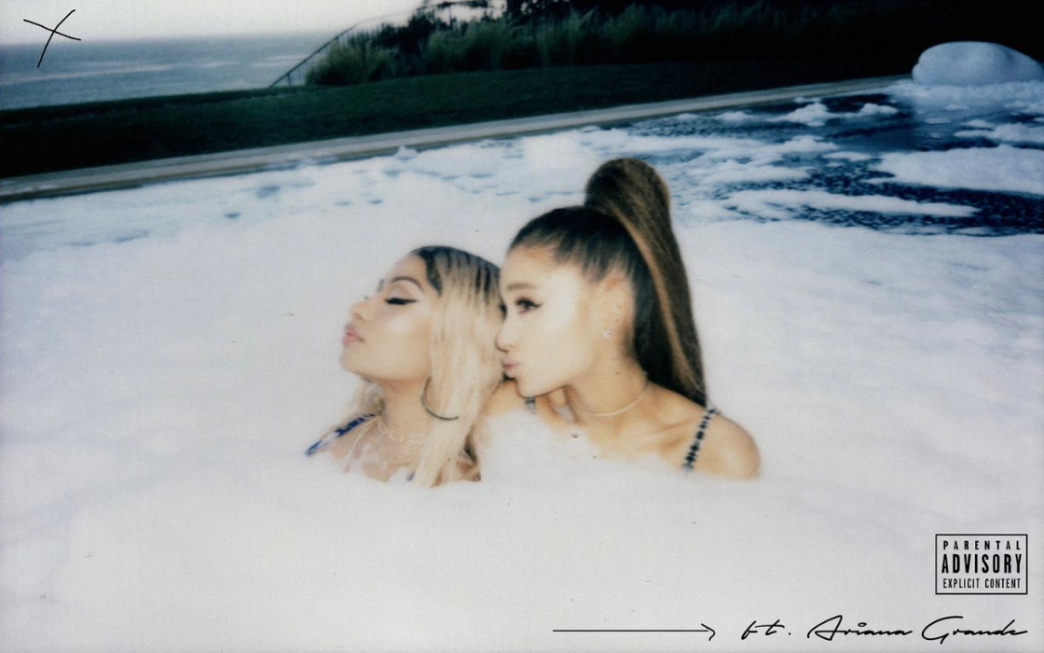 Nicki Minaj and Ariana Grande team up once again for new song, “Bed.” This is the third single from Minaj’s upcoming fourth studio Queen. The BFF duo is back with a catchy, sex-positive song.

Minaj and Grande have been collaborating consistently since “Bang Bang” with Jessie J in 2014. Ever since, they have become a musical match made in heaven with one of the cutest friendships. “Bed” marks their fourth collaboration. Grande highlights the opening and chorus of the song, “Got a bed with your name on it / Got a kiss with your name on it.”

Minaj’s lyrics are witty on this track. “I’ma do everything I said I’m gonna do / Pretty little body, it look better on you.” She also shouts out Zayn Malik, who she revealed she did want on the song originally.

There is no doubt that “Bed” is an enjoyable song but it just never really gets there. There is a lack of spotlight or climax. The track is repetitive and the beat is more on the mellower side. This led to mixed reactions from fans. Minaj promised on Twitter that the song would be better than “Get On Your Knees” from The Pinkprint in 2014. Some fans were calling Minaj a “liar” on social media while others were praising the song.

At first nicki said BED was better than get on your knees. I was skeptical because GOYK had good lyrics and flow to it. After I listened to BED, I understand why she said it was better. This is such a sexy and fun song that I needed from nicki! I love you bby!!! @NICKIMINAJ

“Bed” is a sexy, cute track that will be a great addition to Minaj’s Queen album. Their collaborations, like “Side to Side,” are always some of the most fun tracks. And for fans who cannot get enough of the duo, we already have another collaboration out today. Grande’s track featuring Minaj “The Light Is Coming” was released with the pre-order of her album Sweetener today, June 20.

Click here to pre-order Queen and check the dates for Minaj and Future’s fall headlining tour! Give “Bed” a listen below and share your thoughts with us on Twitter @Soundigest !