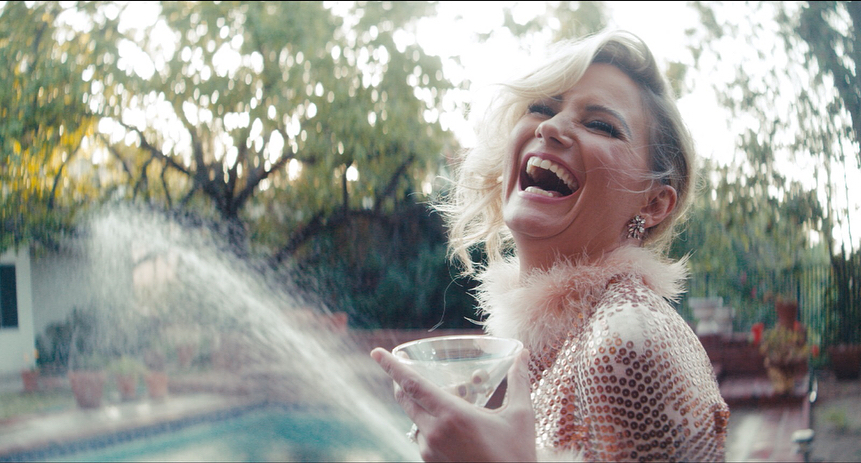 Shortly after Sugarland gave a release date for their first studio album as a duo, Bigger, they teamed up with Taylor Swift to give us a great break up song and an even better video.  The mini drama shows the love triangle of a businessman, his wife and his secretary.

The song, “Babe,” was written by Swift and Patrick Monahan from Train, and was originally meant for Swift’s album Red, released in 2012.  The track was given to the group after it didn’t make the record and also features some of Swift’s background vocals.  The song talks about the regret of an ending relationship, especially when you thought things were going well, with lyrics like, “You really blew this babe / We ain’t getting through this one, babe / This is the last time I’ll ever call you, babe.”

The main character in the video is played by Jennifer Nettles, half of the Sugarland duo.  In the video, she finds out her husband’s infidelity with his young and beautiful secretary, played by Swift.  Nettles character grows from this emotional wife to a strong independent woman when she takes off her wedding ring and locks her husband out of the house.  The video also has a slight twist with Swift’s character, an emotional mess on the floor of her kitchen, hinting that she had her heart broken by the man as well.

In a recent interview with People Magazine, Nettles tells how the video idea came to be.  “She [Taylor Swift] actually reached out to us and said, ‘I’ve got a great idea for the video,’ and she wrote the treatment,” said Nettles.

Making you stay till the end, this music video definitely tells a story and perfectly represents the song.  We can not wait to see what else Sugarland has in store!

Let us know what you think of the video below or tweet us @soundigest!