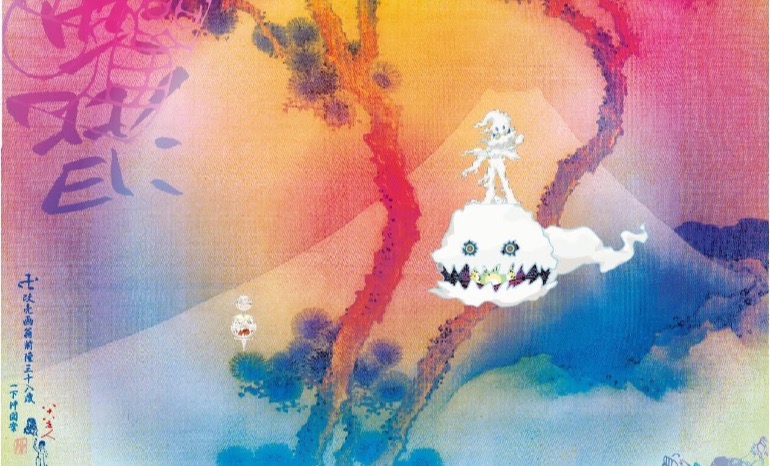 When Kanye West announced earlier this year that he was releasing five albums in five weeks, two of which would feature him as the primary artist, many music fans were rightfully skeptical. Albums get delayed all the time – his own The Life of Pablo came out nearly two years after its initial 2014 release window – and to deliver so much material in such a short span of time seemed a little overly ambitious. But Kanye is nothing if not ambitious, and with the finish line so nearly upon us (this weekend’s Teyana Taylor release will be the fifth album of the series), it looks like we can call his firestorm of releases a success. However, out of all of these projects, which includes Pusha T’s DAYTONA, Nas’s Nasir and Kanye’s own ye, none was more surprising or more inspired than his joint project with Kid Cudi, KIDS SEE GHOSTS.

A collaboration between these two artists was inevitable. Ever since Kanye discovered Cudi and signed him to his GOOD Music label in 2008 the two have been close friends and musical collaborators. Even more significantly, both men have been grappling with serious mental health issues; Cudi’s battle with suicide and depression and Kanye’s with his bi-polar disorder have been making headlines for years. With so much history between the two and such similar personal struggles, it was only a matter of time before they came together. What resulted from this union is a genre-defying collection of stirring, contemplative music that fans of both artists should love.

Kanye hasn’t rapped this well in a while. He certainly didn’t spit anything this compelling on ye. His verse on “Reborn” is an inspiring window into his mental illness; on “Cudi Montage” he delivers a thought-provoking take on gun violence in America; and on “Kids See Ghosts” he manages to recapture that “classic Kanye” flow that he left behind so long ago. Cudi’s contributions are just as revelatory. His singing has never sounded this good and his raps are among the best of his career as well, particularly on the aforementioned “Cudi Montage”. He feels confident and energized by the music which, we should mention, is also outstanding.

Kanye’s production here combines everything that’s great about his signature style with new and exciting elements that blend together in a strange but incredibly satisfying way. As always, his mastery of vocal mixing is a highlight of this project’s production. The rich, choir-like backgrounds on songs like “Freeee (Ghost Town, Pt. 2)” are deeply moving and give these songs a sense of epic scale. “4th Dimension” is a swaggering, sample-driven song that would sound right at home on My Beautiful Dark Twisted Fantasy. However, these quintessential Kanye touches are surrounded by unusual and interesting sonic colors, including psychedelic guitars, touches of grunge (courtesy of a Kurt Cobain sample) and marching snares. This new sound palette gives the music a vitality that has been sorely lacking in a lot of Ye’s recent production efforts.

Simply put, these two seem to bring out the best in each other. Over his last three albums, Kanye has been searching for a new sound that he hasn’t quite been able to find (see the months upon months of edits and re-uploads of 2016’s The Life of Pablo and the manic, nonsequitous production on ye as evidence). Meanwhile, Cudi has had a clear vision for the guitar-driven, rock-inspired sound of this album for years and just hasn’t been able to execute it properly (see his poorly received Speeding Bullet 2 Heaven and seemingly dissolved rock project, WZRD). With Cudi’s vision and Kanye’s production skills, the two have finally put together the puzzle pieces of their respective careers and created a project in which they both find what they were looking for. In the process, they’ve made some incredible music and put a few demons to rest as well.