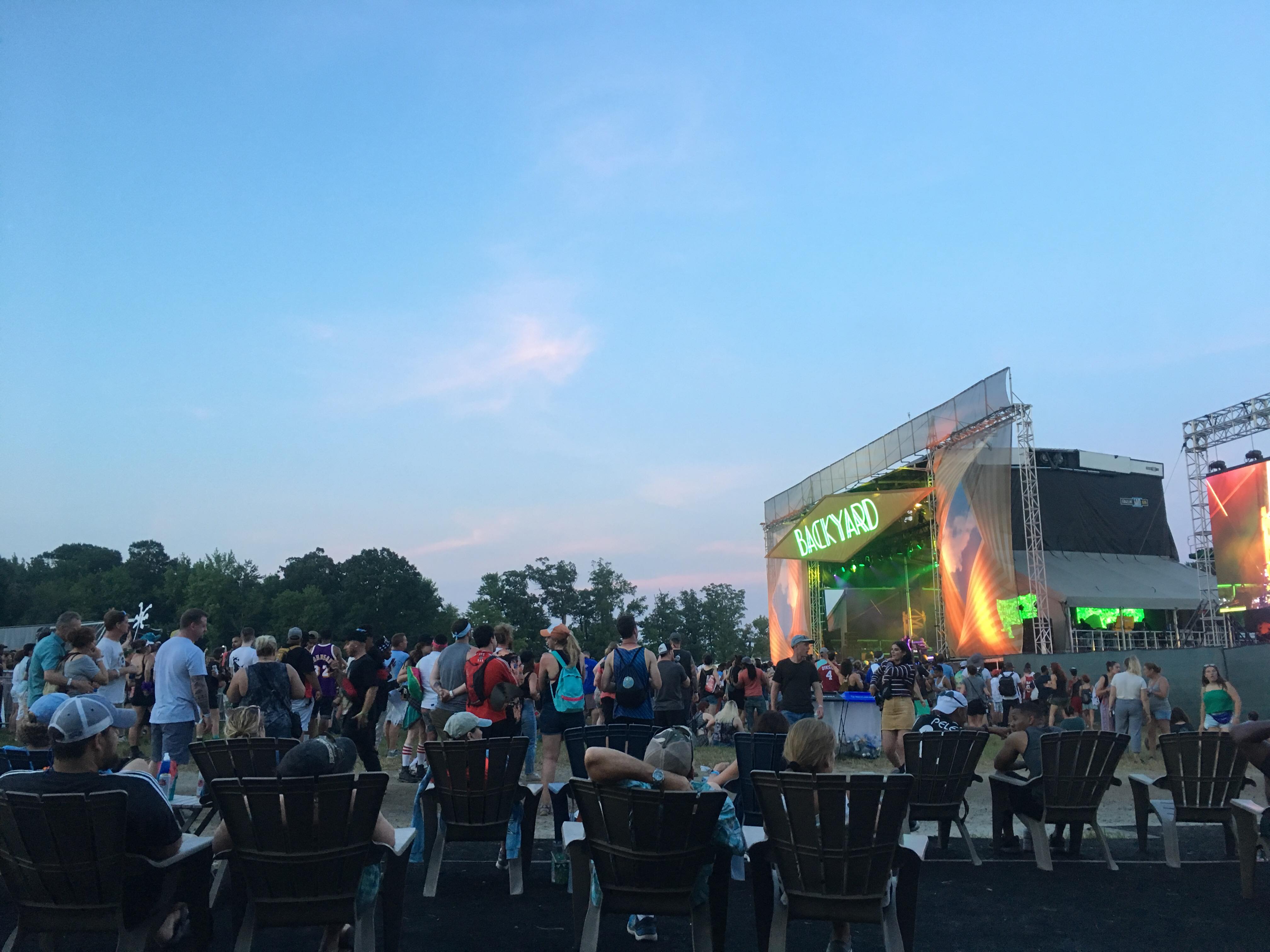 A week ago we were just getting to Firefly Music Festival in Dover, Delaware, somehow transporting 50 bags to our campsite, ready for a weekend of music and fun. A week has since gone by, and we are still reflecting on how GREAT all the performances were that we got to see. It was very difficult picking our top 5, but the following is a product of mass deliberation.

MGMT made their return to Firefly since last playing in 2013. The stage was set with plants and marble columns, leaving the drum kit on the side. Seeing MGMT live is a full experience including psychedelic visuals for each song, such as animated faces and iPhone designs. The band’s lead, Andrew VanWyngarden, joked with the crowd in between songs by claiming that their set was sponsored by Gatorade. They wowed the crowd with hit songs like “Electric Feel” and ended with “Kids”. What really stood out about this performance was that the hour long set felt like a psychedelic- musical trip.

Vance Joy is a veteran to Firefly, performing for the third time. Firefly was actually one of the first festivals the Australian singer played in the USA in 2014. The crowd showed Vance a warm welcome, as he opened with “Fire and the Flood”. We’re ranking Vance as #4 for the passion he puts into his performance. Vance’s songs are mostly mellow, yet the crowd was very engaged in his set. Vance made it feel like he was pouring his heart out to us, and all we wanted was to give him a hug.

Kendrick Lamar closed out Firefly with a bang. The rapper started off with his hit “DNA”, automatically bringing the energy to a 100 level. He kept that going through his set with songs like, “LOYALTY.” and “Bitch, Don’t Kill My Vibe”. He ended with “HUMBLE.” (of course), which he actually performed TWICE. The first time he started the song, he quite literally let the crowd sing it all the way through without his help. And everyone REALLY knew every single word. When that was done, he went through the song again, this time helping the crowd sing along. Now THAT is powerful.

The Killers are also Firefly veterans, performing for the third time. It was automatically set to be a fantastic performance when Brandon Flowers came out in a sparkly pink glitter suit…can we say outfit GOALS? We were really nervous that the band would open up with “Mr. Brightside”, like they have in the past, because no one was mentally prepared for that. However, they saved that one for last, and every single person in that crowd lost their minds and screamed along. We were happy to hear “All These Things That I’ve Done”, of which “…I got soul, but I’m not a soldier” went on for 5 minutes! The top highlight of the performance was when they invited a fan on stage to play the drums during “For Reasons Unknown”, and the fan did an unbelievably incredible job. We also heard that someone got engaged during the set! It’s things like that that remind us of how much of an impact The Killers’ music has on people, and we are genuinely thankful that they help so many people create memories.

The Arctic Monkeys returned to Delaware for the first time in 4 years with their new album, Tranquility Based Hotel & Casino. Their headlining set was easily one of the highlights of the festival, which we are crowning as #1. The crowd was was welcoming to the band after their 4 year hiatus. The setlist was mixed with old favorites like “I Bet That You Look Good On The Dance Floor” and new tracks like “Star Treatment”. Alex Turner sensually serenaded us, sounding better than ever, not leaving a single dull moment in the set. The Arctic Monkeys’ strong return deserves the #1 spot.