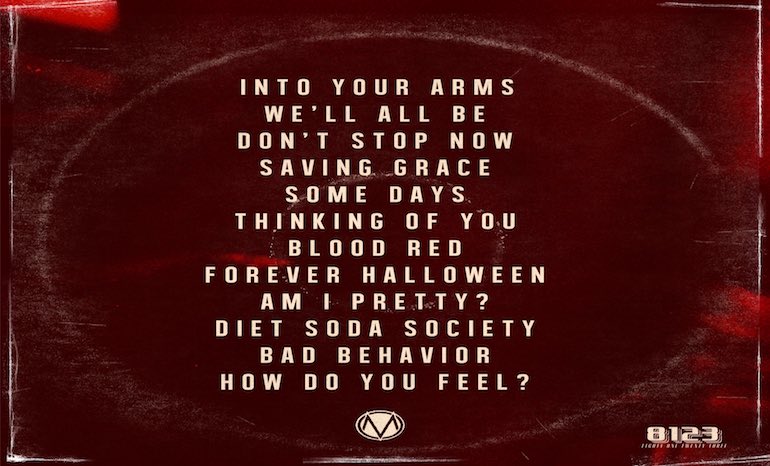 The Maine has a way of covering songs and making them completely their own, almost to an unrecognizable point. Well, they just released an acoustic album doing just that, but with their own songs this time.

Taking two songs from each of their past albums, The Maine has compiled 12 songs into Less Noise: A Collection of Songs by a Band Called the Maine. Their once upbeat songs, such as “Into Your Arms” from Can’t Stop Won’t Stop and “Bad Behavior” from Lovely Little Lonely, become soothing lullabies. The soft voice of John O’Callaghan has a way of transforming their music into something incredibly calming for the listeners.

While countless other bands are preparing for Warped Tour by releasing new music and full-length albums, The Maine is focusing on the full experience of the tour. They have said on Twitter that members of the band will be walking the lines of Warped Tour, saying hi to fans and just hanging out, in remembrance of how the band started out.

This same nostalgia is present in Less Noise, as they’re taking the music that has furthered their careers and stripping them down to their roots. The song “Saving Grace” on the album, for example, is composed purely of a simple guitar riff and vocal harmonies. All-in-all, it is as simple as can be, but The Maine has made it into a beautiful and calming song.

The Maine is doing everything they can to relate to their fans and give them an experience they will cherish, whether that be through watching them perform or interacting with them at free meet-and-greets all summer. They are genuine and caring, and that shows itself in this acoustic album.

Make sure you check out The Maine at Warped Tour this summer, say hi to them in line, talk to them for a bit, and enjoy their music. And if you’re looking for an intricate and calming album, listen to Less Noise: A Collection of Songs by a Band Called the Maine.