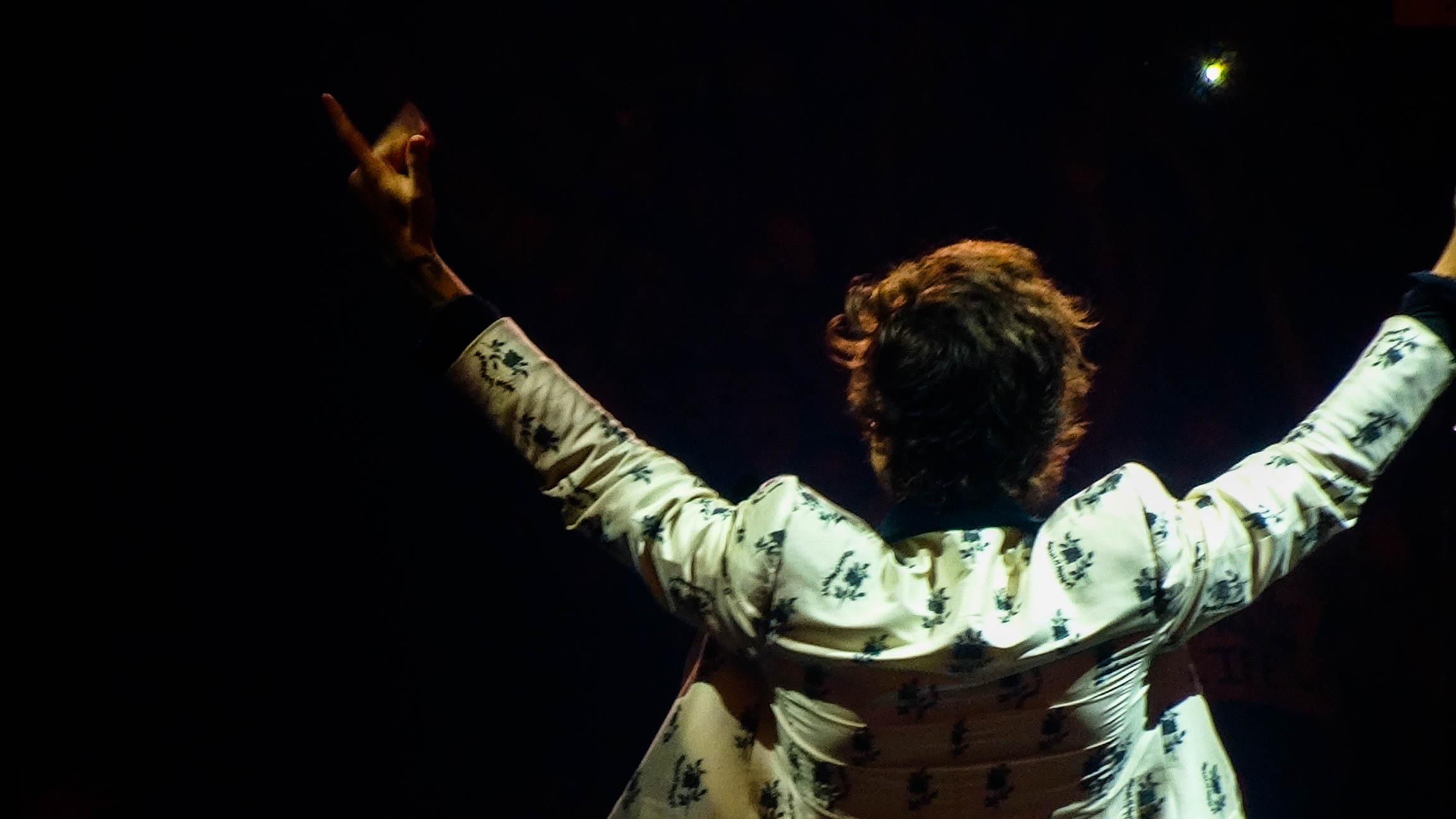 On June 21st and 22nd, Harry Styles performed two sold-out shows at New York’s Madison Square Garden for the first time as a solo artist. The last time Harry was at The Garden was back in 2012 when One Direction performed their first show there. MSG has a capacity of almost 30,000, and the fact that Harry was able to sell out two nights in the arena was nothing short of amazing.

Kacey Musgraves has been Harry’s opening act for the duration of the North American leg of his tour, and of course, she puts on a phenomenal set. Kacey’s songs are very feel-good and she was definitely the perfect candidate for Harry’s opener. Like Harry, Kacey makes it very clear that anyone who attends their show can be whoever they want to be and simply let loose at the concert.

A post shared by K A C E Y (@spaceykacey)

Before Harry took the stage, the screens in the arena lit up with a cartoon video of Harry’s hands playing with a Rubik’s Cube. After several minutes, the arena lights went on and the crowd went wild, screaming for Harry. Within seconds, the intro to Harry’s song “Only Angel” began, the screens lifted, and we could finally see the silhouette of Harry in one of his many extravagent suits.

During the duration of the concert, Harry had a ton of energy and interacted with many of his fans. He even sang “Happy Birthday” to some lucky ones! And, if you were really lucky, you may have even got to touch his hand as he walked from the main stage to the B-stage to perform “Sweet Creature” and the One Direction song “If I Could Fly.”

One of our personal favorite moments from the show was when he sang “Sign of The Times.” At that point in the show, MSG was entirely lit up by the lights on his fans’ phones, and it was truly a stunning sight. Throughout the concert,  the audience could really tell how proud he was of himself for being able to perform at The Garden. It was such a surreal experience being in that room with so many other people who support him, and who have for several years.

Harry closed the show with his song “Kiwi,” and at that point, the voices of fans around the arena were completely gone. One thing we will never forget is the energy Harry put into these shows, and just being there to witness it was such an amazing and emotional experience. One thing’s for sure: you laugh, you cry, and you simply have the time of your life. ‘Til next time, Harry!