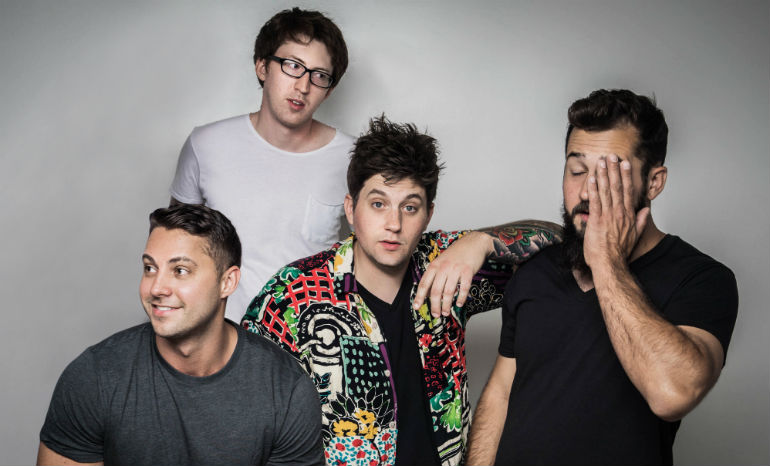 We recently had the opportunity to interview the Cleveland based Indie rock band Ottawa. The band consists of Jeremy Barnes, Timothy Czajka, Dale Delong, and William Hooper. Will, the guitarist and backup vocalist of the band, was kind enough to chat with us about the band’s new single, “Strangers” (which is available now), the band’s overall songwriting process, what inspired the band name, and more! Check out our interview here:

Your new single “Strangers” was just released. Tell us a little bit about the song and what it means to you!
It’s a summertime indie-pop feel good anthem. Very simplistic and accessible. Only two chords in the whole song, the best pop songs only need two chords (Dreams -Fleetwood Mac) (Paperback Writer- The Beatles).
Your band formed back in 2014. Tell us how you came to be and what inspired the name “Ottawa.”
It’s the name of the street in Cleveland that the singer Dale grew up on. His childhood street name had the best ring to it.How has your music evolved since the release of your first album Random Lights back in 2014 to now?

When you’re not on the road or in the studio, what do you all like to do outside of the band?

I can only speak for myself, but I like to check out local music in Cleveland, collect records and books and watch the X Files.

If you had to describe your music to someone who hadn’t heard of your band, how would you describe it to pique their interest?

How has the music scene in Cleveland influenced your music and your band?

We’re constantly inspired by the amazing collective of other artists in this city. There are a lot of big fish in very small pond.

What tends to come first when you create your music – the lyrics or the melody?

Usually the melody comes first, then the musical arrangment, then the lyrics. The best stuff is always organic and natural, whatever sounds best at the end of the day.

Individually, if you weren’t in the band, what would each of you be doing career-wise?

Do you have any upcoming shows or tours planned that fans can keep an eye out for?

Plenty of upcoming shows this summer to coincide with releasing our brand new singles.
Is there anything else you’d like to add that we might not have touched on?
Stay tuned for updates on the band, we’ll be releasing singles and videos all summer!
Featured Image: Jeremy Barnes, Timothy Czajka, Dale Delong, William Hooper