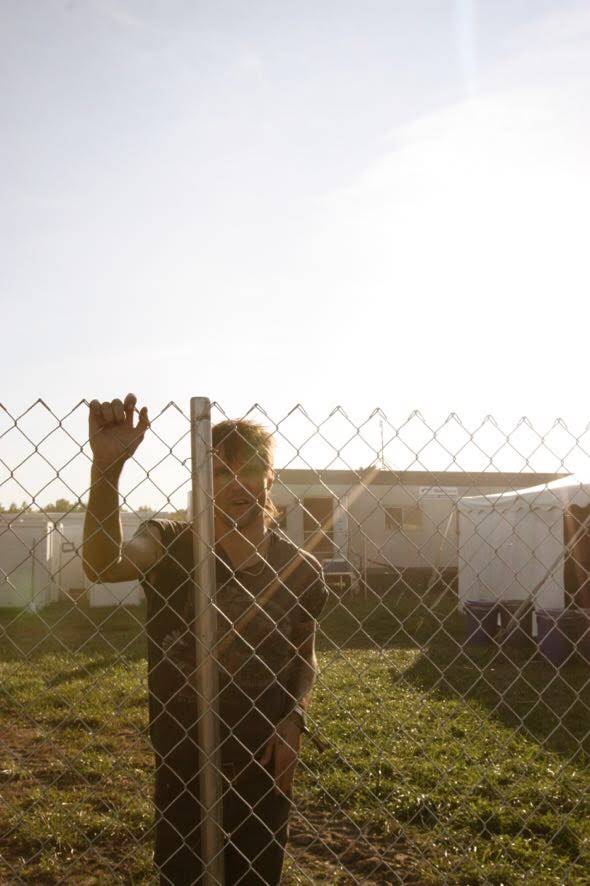 The Night Game is Boys Like Girls’ Martin Johnson’s new solo project, a venture that stems from years of experience being in a band and producing/ songwriting for other artists, most recently working with Kygo on hit single, “Kids in Love”.  We got to sit down with Martin at Firefly Music Festival this past weekend to talk about his new music and also reminisce on where our love for music roots back to. The Night Game is releasing their debut self-titled album on September 7th through Vertigo/ Interscope Records and is touring Europe and the US in the fall.

Your debut album is coming out on September 7th…can you tell us about the kind of sound and what to expect?

You can get a little of a vibe from the stuff that’s on Spotify. There are currently four songs out that give a pretty good spectrum of the record. Some songs are a little more down tempo than the stuff that’s online. We’re making this record, and I wanted to detach from expectations of what people would think how it was going to be received and just speak my truth. I’m trying to find a way to love music again because it became a bit of a chore. I lost track of the dream I had, just wanting to sing songs. I wasn’t even singing them, I was just writing them to pay the bills. I think this record was my answer to that. It’s working…I felt so good to play the couple of shows I just played. I played two today and my feet hurt and I’m hot, but it feels so good to sing, and it keeps me young. I came of age in a van, so being out here makes me excited to get back out on the road and get this record out September 7th.

What was it like transitioning from being in Boys Like Girls to being in The Night Game?

I had a pretty long transition. First of all, Boys Like Girls will NEVER break up. We’re best friends, we text every single day, and most of those boys are in Nashville now. We’re making music in different places, but we’ll play shows again…why wouldn’t you want to play shows with your best buds? This is me going on a very different musical journey, making country. I learned a lot producing records for other people in the five years I stopped touring heavily in Boys Like Girls. I learned about music, songwriting, and myself during that time. Musically it’s a bit different in Boys Like Girls because we were so young and pop punk was so in vogue, and I just wanted to wear really tight pants, play really fast chugs, and sing at the absolute peak of my range, almost the stuff I would have to train for the rest of my life to be able to come close to singing live. It was a different time, the energy was different. There are some things the second time around that are a lot harder– getting back in a van, pushing gear. To go from two buses and a tech to a van and no tech, it’s humbling, but it feels good. It reminds me of being 17 again. It’s taking a little bit of patience because you expect things a certain way. I have to treat myself like a brand new artist. It’s difficult in some ways, but it’s refreshing in other ways and has kept me very humble.

Well, the music sounds fantastic. I got to catch your set today and I really liked what I heard. It’s so different than Boys Like Girls, but in the best way possible.

Thanks! The thing that worried me is that I really love Boys Like Girls fans. They’d always been there for us. I just didn’t want to let them down. I know for me, when I listen to a band I really love, I fall in love with the very first thing I hear. I’m emotionally tied not just to music, but to the moment– that car, the girl, maybe I’m with my best friends, and I’m thinking about that night the song comes on, and I’m so tied to that emotion. I know so many people have that really strong emotion with Boys Like Girls, specifically with the first record. When I come with something so different, I’ve been so pleasantly surprised to have so much support from people. I know for me with my favorite bands, it’s difficult to support their solo venture. I’m happy to see the fans that were there through the whole rollercoaster of Boys Like Girls’ career; it’s good to see them so open to this.

Today during your set, I ran into some friends that I would go to Boys Like Girls shows with.

That’s so cool, it brings people together. That’s my favorite thing to see, people who meet at a show and become really good friends, and they come and thank you for their friendship. It makes you feels so good. And you see those people, and they feel like your friends. Maybe you just take a selfie after the show, but it’s like, ah! It’s so good to see you! It becomes a squad and family. People say #fam, and there’s an element of that, that I think is really real. I think it’s increasingly rare though. You used to go to shows with your digital camera in your backpack and drive four hours and print out Mapquest directions to get there. I remember doing that with my friends. It’s a little harder with social media bogging it down. You spent a whole night on your phone documenting it for people who weren’t there instead, and that can be a bummer. That’s what it’s about really. It’s not about me, my artistic expression, and feeling high horse about tone– it’s about the Hyundai Elantra pulling into the venue, getting there three hours early, and sitting in line.

I like collaborating with people who do something I really don’t. When I collaborate with someone that does something I do, it’s not as fun. Collaborating with Kygo– I do NOT do what he does at all. That was so cool because I got to hear a song of mine done in a different way. And I wouldn’t have done it that way. (Martin is referring to “Kids in Love”). But hearing the way he did it was so cool, different, and interesting, and I can’t make that. I don’t have any specific names for you, but to be honest I haven’t really been listening to modern music. I turned it off while making this record because I didn’t want to be too influenced by what was going on, and I didn’t want to rip anyone off. I wanted to keep it about what I wanted to make, not just chasing what’s 10 minutes behind.

Can you give our reader an elevator pitch as to why they should listen to the new album.

You can preorder The Night Game here

Check out the video for “American Nights” (Live from YouTube Space LA):

Listen to The Night Game on Spotify: