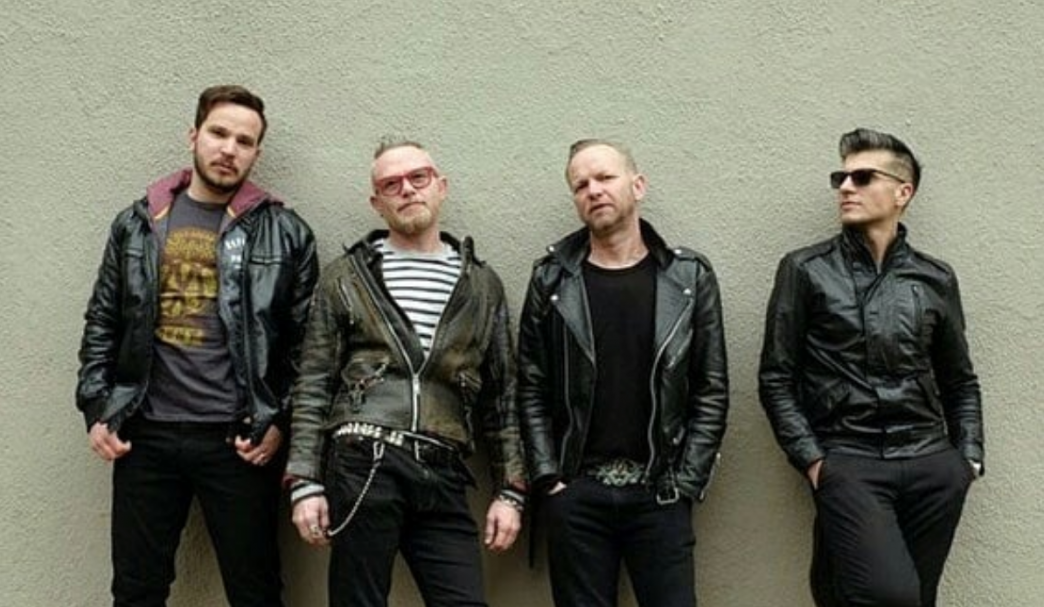 After a 7 year recording break, WONDERboom hopped back into the scene with their newest album, Rising Sun.  The award winning band is made up of Cito Otto, the lead vocalist, Martin Schofield on guitar, Wade Williams on the Bass and Jonathan Bell on the drums. This South African rock band has been together for 20 years and we got a chance to talk to the band’s vocalist Cito, about their newest project, what brought them together and what they are made of.

How did you guys end up creating music together?

It’s a long story… But seeing as though you asked… In about ’93 I was in a Gothic Rock band called Moonchild. We shared a gig one night with a band called The Eight Legged Groove Machine. I was blown away by them. They had this highly energetic, white-boy-funk thing. Martin and Wade were the guitarist and bassist respectively. We shared joints backstage and discovered that we had lots of mutual interest in music. Then about 3 months down the line, I needed a band and they needed a vocalist, so Wade gave me a shout and then we started jamming together as the 8LGM. We did this mad funky-white-boy-afro-indie thing for a couple of years and our fanbase was slowly growing in Johannesburg. Middle of ’95 we were approached by a well-established rock band called the Electric Petals, to join forces with them as they got the sole support slot for Simple Minds touring South Africa. We called ourselves the Electric Petal Groove Machine until the following year, when we’d kicked out one more member, and called ourselves WONDERboom. I’ve been writing and performing with Martin and Wade though for about 25 years.  Jono stepped in 5 years ago to play drums after Garth McLeod, our 2nd drummer, was killed in a motorcycle accident. He’s really fit in to our groove.

What was the inspiration behind the name WONDERboom?

South Africa is made up of a real mixed bag of cultures and languages. One of them being Afrikaans, which derived from Dutch. There are a few areas around South Africa with the name Wonderboom, which basically means “Wonder-Tree”. Driving back home from our road tour, there was a sign pointing to a town called “Wonderboom”, and it kind of like jumped out at me. We did have a voting process and other names were suggested but WONDERboom won hands down. It has meant different things to different people. You know, “spontaneous combustion”, “tree of life”, etc. “Boom’ is also another slang word for marijuana in Afrikaans.

If you had to describe your sound to someone who hasn’t heard your music what would you say?

Our music is rock-based with indie, funk, dance and afro-ska influences. Because we’ve been going for 22 years and we are individually quite diverse in music taste, we’ve had the most eclectic musical journey I have ever known any band to go through.

What are your musical inspirations?

Our musical inspirations range from Bob Marley to Red Hot Chili Peppers, The Cramps to Radiohead.

You guys are based in South Africa, do you ever find it hard to make your name known in the US and if so why?

There are a few of our musical peers that have made names for themselves and have even relocated to the States. Kongos, Seether and Die Antwoord, to name a few. But there have been even more that have gone over and just couldn’t penetrate the scene there. I believe that, with the right songs, timing and opportunities, it is possible to crack it. Technology and the “interweb” make it possible to reach out without having to relocate. Sure, touring definitely helps. But I think that having an upper hand with a song on radio or a video on YouTube doing the rounds assists with getting asses in seats – or, in our case, feet on the dancefloor. I was born in L.A., and would love to tour the States with my WONDERbros and show them around. It’s a dream that I hope will someday happen.

I heard that you all won gold at the Silk Road Indie Music Festival in Chengdu, China,  how did that feel? How did you guys prepare for that competition?

Participating in music competitions at this stage of our journey was a really daunting concept, but also, considering the opportunity and novelty of performing in such a mysterious place, a very appealing idea. In the end , we had nothing to lose and everything to gain. We had such an incredible experience there. Got to meet some great musicians and industry players from China and around the world. It was a good exercise for us – to do what we do in a completely alien place. And really encouraging seeing the Chinese audiences react to our songs and stage antics the way they did. They were very polite but really expressive too whenever something Rock N Roll happened on stage. Preparation-wise, we just had to behave ourselves and stick to what we do. 1st round wasn’t so great for us. The final performance, however, was just in the pocket and we knew that we had a good chance of winning. Can’t wait to go back.

You recently released an album, Rising Sun, can you tell us a little about that?  How does this album differ from your earlier projects?

Rising Sun is our 9th release and also after a 7 year recording gap. I know it sounds like a cliché but I really believe it’s our best album to date. It’s the first time we’ve ever been completely hands-on and we took our time doing a lot of pre-production and workshopping of the songs. We played almost all of the songs live and gauged the crowd responses, adjusted arrangements, tempos and keys and chucked songs that weren’t working or fitting. Basically took our time until we were happy. In the past we’d commission producers and hire studios with lockout time, and would usually get frustrated with time and money constraints. This time we really wanted to create an album that we would personally put on and listen to. Rising Sun captures where we are at as a band and as individuals – a new chapter.

What do you hope people take away from your music?

I’d like to believe that people get a sense of escape when they listen to our music and a release when they see us live. I hope that there’s at least one song that speaks to you and that there’s something fresh in it for you.

Do you have any upcoming shows for fans to look out for?

We’re busy promoting Rising Sun as much as possible and just gigging everywhere around South Africa. Also have a cool “storyteller” type tour coming up from end of August through to October called The Best Side Story Tour; named after one of our old songs, Best Side. Besides that, returning to China, hitting Europe and hopefully getting to the US next year!

Thanks for the opportunity to share our story with you.  Much love.

Check out their newest single from the album below.