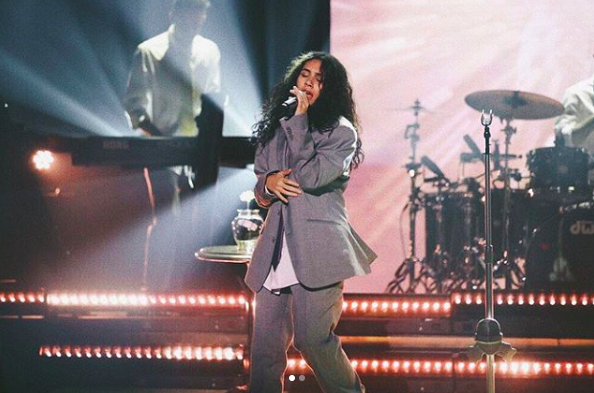 Alessia Cara is back with her new song “Growing Pains,” which is the first single off her upcoming sophomore album The Pains of Growing. I remember the first time I heard her debut single “Here” back in 2015. I was so intrigued by its melody and lyrics; it was unlike anything else out at the time. Cara has a creative way of blending pop, dance, hip-hop, and spoken word while incorporating lyrics that could be taken right out of a singer-songwriter song. Her voice and lyrics are raw and honest which is a rarity in mainstream music these days. “Growing Pains” showcases all of these elements perfectly.

“Growing Pains” is a song about getting older and dealing with your issues head-on. The song begins with a male voice saying “You’re on your own kid.” In response, Cara sings “They tell me it ain’t that bad / Now don’t you overreact / So I just hold my breath, don’t know why / I can’t see the sun when young should be fun.”

She continues singing, “I’ve always been a go-getter / There’s truth in every word I write / But still the growing pains, growing pains / They’re keeping me up at night…. Can’t find pieces of peace of mind, I cry / More than I want to admit / But I can’t lie to myself, to anyone / ‘Cause phonin’ it in isn’t any fun / Can’t run back to my youth the way I want to.” Despite being successful and motivated, Cara explains that she’s often unhappy. What someone may appear to act like on the outside may not always reflect what is truly going on. Everyone can have struggles no matter who you are.

Cara is about to turn 22 and as a fellow twenty-something year old, I understand her message. I feel that there’s this unspoken rule that when you’re young, you should always be having fun and that there are bigger things to worry about than our issues. Social media has especially heightened this idea. But it’s just not true. Social media is simply a highlight reel in which people post about all the wonderful things in their life, not the dark and often common struggles. “Growing Pains” shares an important message for not only young people but for everyone who is going through difficult times. We all have hardships and even if we come across tougher obstacles as we grow older, it’s vital to know that you aren’t alone.