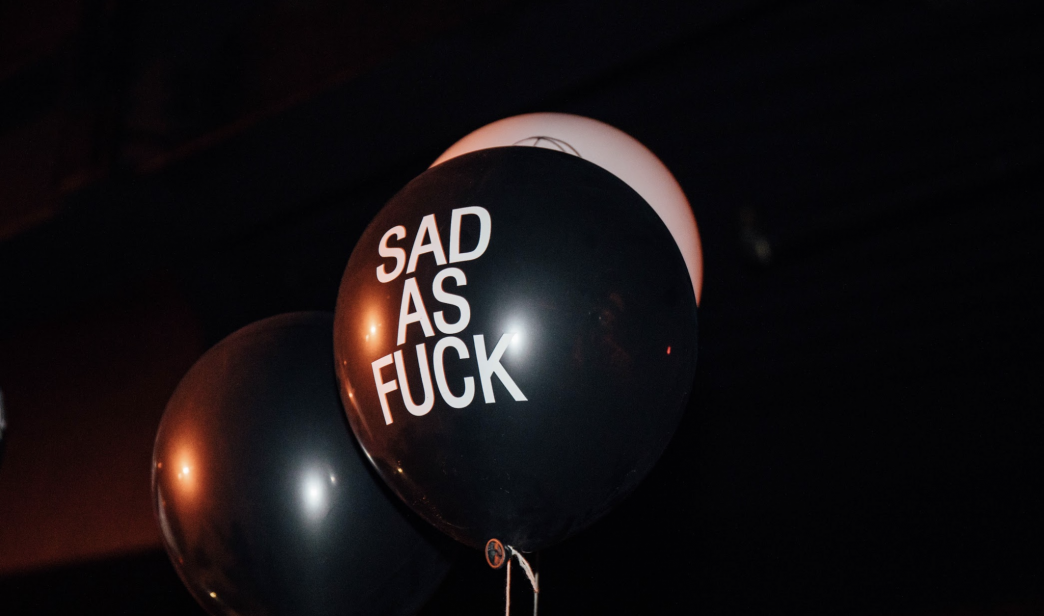 Started by three friends in (shockingly) LA, Emo Nite LA has become somewhat of a cultural phenomenon for 90’s babies to relive the glory days when our favorite artists like New Found Glory, Good Charlotte, and Blink 182 were dominating the radio.  What started as a theme night in dive bars has quickly evolved, now bolstering some of the biggest and most diverse names in entertainment.  If you’ve never been to an Emo Nite, imagine doing karaoke with your closest friends, to your favorite songs; that’s the exactly what Emo Nite is.

With that in mind, when we found out Emo Nite LA was coming to Brooklyn Steel we knew we had to be there.  With special guests including Brian Dales, hellogoodbye, Craig Owens, and Travie McCoy missing it wasn’t even an option.

The night itself consisted of DJ sets and live performances from the special guests.  The first performance, an acoustic set by Nate Barcalow and Randy Strohmeyer of Finch, was definitely not what we were expecting of Emo Nite, but nonetheless was a great performance.  Finch recently split in 2016, so for die-hard fans I’m sure it was incredible seeing some of the band re-unite but compared to the overall vibe of the night it was a bit more subdued.

From there, the performances really took on an upbeat tone.  With hellogoodbye performing their radio hit “Here (In Your Arms),” and covering a few pop-punk classics the crowd was really into it.  In between sets, we got to enjoy the huge sing-along that is Emo Nite and it really got us thinking…why isn’t every concert like this?!

Craig Owens, who you might know from Chiodos, or from just being the best person in the world, threw down on stage.  He primarily stuck to DJ-ing, which was great because he really knew how to work the room.  A fan favorite was clearly Say Anything‘s “Wow, I Can Get Sexual Too,”  it’s kind of embarrassing, but let’s be real, in 2004 it was a bop.

Finally, we got to see the man, the myth, the legend, Travie McCoy. This was Travie’s first New York performance in ages, so people were really excited to see what he brought to the stage.  We got to hear our favorite Gym Class Heroes hits, like “Cupid’s Chokehold” and “Stereo Hearts.”

Overall, we came, we sang, we danced, we partied.  It was everything Emo Nite LA is supposed to be; from crowdsurfing pizzas, to My Chemical Romance‘s “I’m Not Okay” on repeat. When it comes down to it, it’s a reminder that all you need to have a good time is good friends and good music, both of which you can find at Emo Nite LA.

Sound like something you’d be in to? Emo Nite is on tour all summer long, bringing your favorite pop-punk hits to a city near you.

Round up your friends from 2005 and catch one of the dates below: