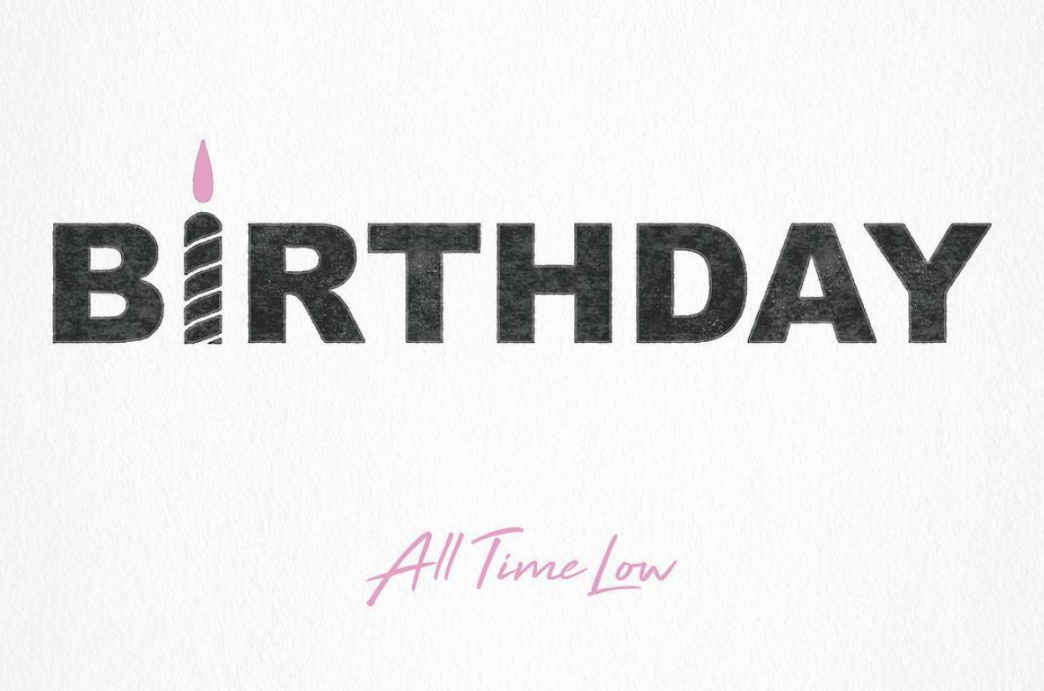 In an era of cryptic tweets and indirect messages, All Time Low has taken the release of their newest single, “Birthday,” to a whole new level. Instead of simply announcing the song, the band actually sent birthday cakes to different fans, with a link to the single taped to the box. While the link to the song has been passed around throughout social media, the single was officially released on June 29th.

The chorus triumphantly sings “I need you like cake on my birthday,” hence the birthday cakes being shipped out.  But is the song as good as the cake?

Lead singer Alex Gaskarth tweeted, “what happens when you smash a Queen inspired, stacked vocal chorus on top of a 90’s drum loop and a guitar riff you recorded on your phone on tour? This song.” And he isn’t wrong.  The song is a bit of a mess, with different genres and pieces just not quite fitting together, yet All Time Low always finds a way to make it work.

The song takes a couple listens to really get, just like it took a couple birthday cakes being sent out to finally understand what was going on. With each new release from All Time Low, “Everything Is Fine” being their previous single, there is evident experimentation with their sound and production. There’s less focus on the lyrics and deeper meaning, and more on the instrumentals.

For a band that has been around for as long as All Time Low, it can be a bit challenging to stay true to the image they’ve created for themselves while still growing and maturing. While “Birthday” might not have been a home run, it’s still a fun song, and shows that the band is trying something new.

With two new singles recently, keep checking your mail for a package from All Time Low.  Who knows, maybe you’ll receive a link to a future album! Until them, eat some birthday cake.