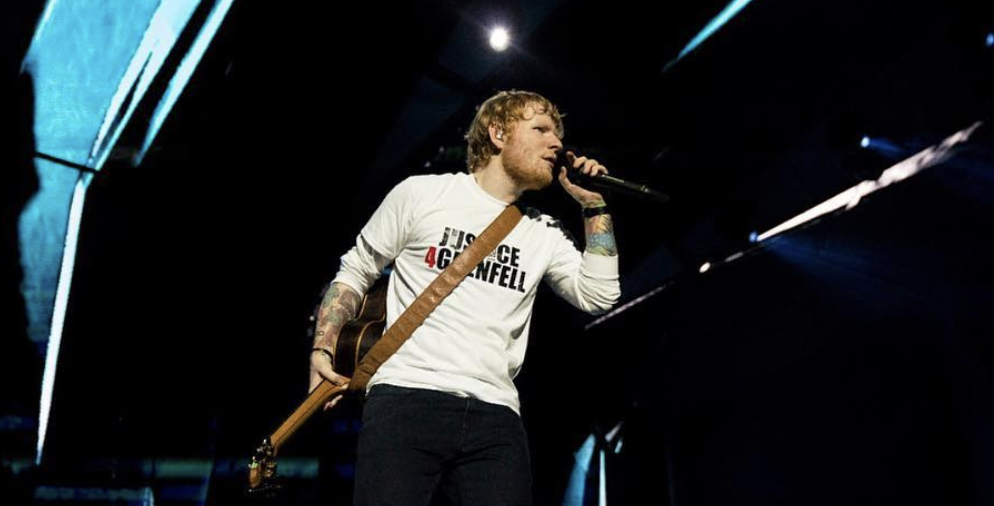 Ed Sheeran is being sued over alleged copyright infringement. A $100 million lawsuit has been filed against him over his massively popular song “Thinking Out Loud” for allegedly copying the lyrics and melody of Marvin Gaye’s song, “Let’s Get It On.” The suit accuses Sheeran and co-writer Amy Wadge of having “copied and exploited” the Gaye song, including “the melody, rhythms, harmonies, drums, bass line, backing chorus, tempo, syncopation, and looping.”

Interestingly, the lawsuit is not coming from Gaye himself or his family; it’s coming from a man named David Pullman and a company called Structured Asset Sales. The company controls a third of the rights to “Let’s Get It On.” Gaye’s family had previously sued Robin Thicke and Pharrell over their song “Blurred Lines” for also copying from “Let’s Get It On.” They won the case back in 2016.

Similarly to the timing of Miley Cyrus being sued over “We Can’t Stop,” the timing of this lawsuit is bizarre. “Thinking Out Loud” was released four years ago in 2014 and to date, the song has amassed a combination of over 1 billion streams from different streaming platforms and has become one of only fifteen songs to be certified diamond. This means that the song has achieved and exceeded over 10 million in sales and streams. It also won the Grammy for Best Pop Solo Performance and the highly coveted Song of the Year at the 2016 award ceremony.

So, the question is, why is Pullman suing Sheeran over the song four years later? If he truly believed that the song was a ripoff of “Let’s Get It On,” why did he not sue Sheeran back in 2014 when the song was released? It seems odd to wait four years until the song has achieved and passed peak popularity to then throw down a lawsuit.

Does Pullman truly believe Sheeran ripped off Gaye or does he just want a stake in the song’s royalties?

Listen to the two songs below and decide for yourself: are they similar enough for this lawsuit to be legitimate?