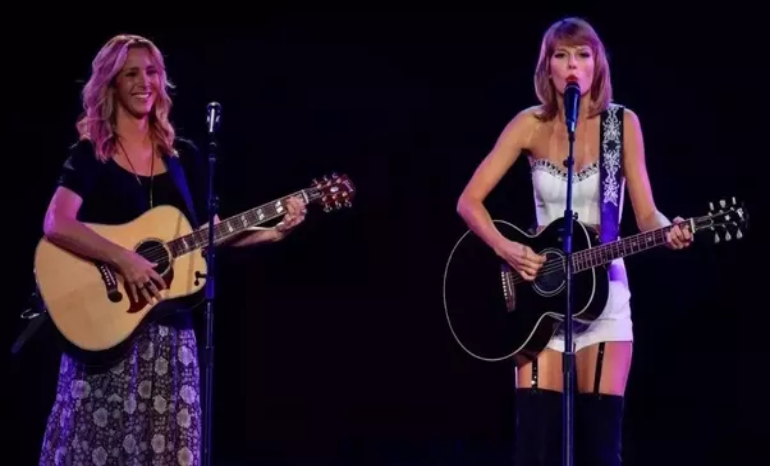 Not only does Stranger Things star Gaten Matarazzo act, but he’s also in a band! Work in Progress is a rock band who’s been playing the New Jersey concert circuit, gaining many fans along the way. His band became viral back in 2017 after a video of them covering Paramore’s “Misery Business” got ~200k views .

Last week, Paramore played to a packed house at Brooklyn’s Barclays Center and I was fortunate enough to be there! What I didn’t expect was there to be a surprise. During “Misery Business,” lead singer Hayley Williams announced to the audience that she had some friends to introduce and the next thing I knew, Work in Progress was on stage performing with Paramore! It was such a unique experience and I’m so happy that I was able to witness history.

Fans can easily access setlists ahead of time on websites like setlist.fm. So when artists bring out special guests on stage and switch up their song choice/order, it creates a nice change from what fans are expecting. Here’s a list of 5 other surprise performances from some of your favorite artists!

Kelly Clarkson and Miranda Lambert’s husband at the time, Blake Shelton, share a manager (Clarkson’s husband Brandon Blackstock.) The two couples would spend lots of time together, and Clarkson and Lambert became good friends. At her 2012 concert in Colorado, Lambert invited Clarkson out to perform Clarkson’s “Stronger” and Lambert’s “Gunpowder and Lead.” The duet proved that they‘re both powerhouses and are two of the strongest female vocalists in the business!

During her 2015 1989 tour, Taylor Swift brought out many special guests to come sing on stage with her including Steven Tyler, Ellie Goulding, Nelly, Alison Krauss, and many more. My personal favorite was during the Los Angeles stop when Swift brought out Phoebe Buffay aka Lisa Kudrow! I’m a big Friends fan and considering it’s been off the air for over a decade, seeing Kudrow revive Buffay’s infamous “Smelly Cat” song was a special moment.

Fangirls, rejoice! At Shawn Mendes’ Brooklyn stop during his 2017 tour, the roof almost blew off Barclays Center! Mendes brought out special guest Ed Sheehan to help sing “Mercy.” But this isn’t the only time the two have collaborated; Sheeran co-wrote Mendes’ new song “Fallin’ All In You.”

Justin Timberlake, a Tennessee native himself, brought some country to his 2014 Nashville date at Bridgestone Arena. Not only did he start singing “Friends in Low Places” by Garth Brooks but eventually Brooks himself came out to join him!

Rock fans got an epic surprise at Foo Fighters’ lead singer Dave Grohl’s birthday show in Los Angeles in 2015. Artists like Alice Cooper, Slash, and Tenacious D came out to perform and celebrate with Grohl. But my favorite performance of the night was with David Lee Roth. Him and Foo Fighters performed energetic renditions of Van Halen’s “Panama” and  “Ain’t Talkin’ ‘Bout Love.” It was a moment unlike anything else!