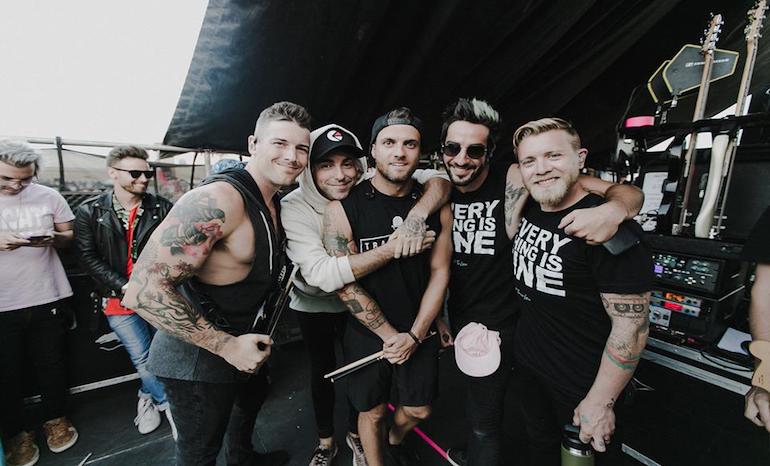 With two new singles and their final run on Warped Tour, All Time Low has found themselves in a transitional place. On June 2nd, 2017,  just over a year ago, the band released their seventh LP, Last Young Renegade, marking the start of an era. Now, with “Everything Is Fine” and “Birthday” floating around the fan base, and a change in the band’s profile pictures, lead singer Alex Gaskarth admits in an interview with Billboard that the Last Young Renegade has already been over for some time.

According to Gaskarth, with the end of their last tour and the release of their music video for “Afterglow,” the band “kind of closed the book on that record. Those 10 songs and the story on that record feel self-contained, its own thing. So we didn’t want to mess with it, we didn’t want to tarnish it – we wanted to let it exist in its own space for All Time Low.”

And who’s to blame them? Last Young Renegade brought an immense amount of success for All Time Low, filled with some of their best work to date, but it’s time to move on and start something new.

And that something new comes with the experimentation that is evident in their new singles. Gaskarth states, “We are in a place now where we can experiment, and that is really fun for us. Not just with our music, but with how we service it to people. So many artists are releasing singles when they feel like it and seeing what happens, so we may just keep doing that for a while, some mixtape vibes. Now that we’re kind of getting in on the fun, it creates some really cool moments for us. It feels pretty good.”

With the end of an era comes an All Time Low tour accompanied by Dashboard Confessional, described by Gaskarth as “nostalgia meets the new.” While we’re saying goodbye to the good times that All Time Low brought us with Last Young Renegade, we say hello to the Summer Ever After Tour, and look forward to all that All Time Low has to offer in the future.