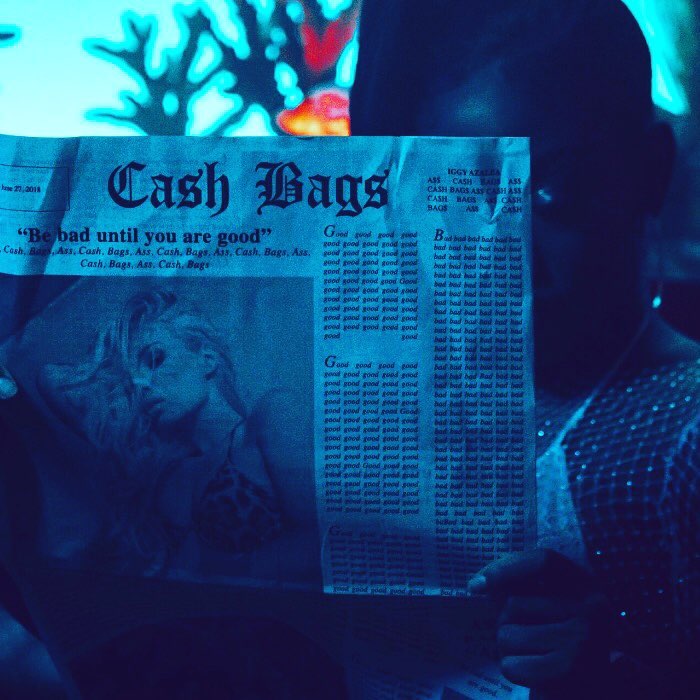 Iggy Azalea is back and dropped two new tracks off of her new EP, Surviving the Summer, as a surprise to fans before the whole EP is released.  These two tracks are following her song “Savior” featuring Quavo from Migos.

Her new track “Tokyo Snow Trip” takes style from the Ying Yang Twins with Azalea’s whispering in the song.  With lyrics like “Roads with the cracks, with the rats, and the roaches / Bust the duffle bag open / Hush money in the sofa / B***h, you know what I’m talkin’,” Azalea was not coming to play.

The other single “Kream” features Tyga and samples Wu-Tang Clan’s “C.R.E.A.M.”  In the song, Iggy raps about money and having power with a straight forward bridge. “A**/ Cash, cash/ A**, bags/  Bag / Cash rules everything around me.“

She also released a video for “Kream,” filled with a** and neon lights, matching the aesthetic of the song.  The clips feature Azalea twerking along with the dancers and money everywhere.

Fans have been waiting four years for new music from the star, as her last album, Reclassified, in 2014 which was a re-issue of her first album, The New Classic.  They had nothing but love for the two new tracks though and many can’t wait to hear the rest of the EP!

Some even compared it to bringing world peace.

Watch the video for “Kream” below and let us know what you think in the comments or tweet us @soundigest !