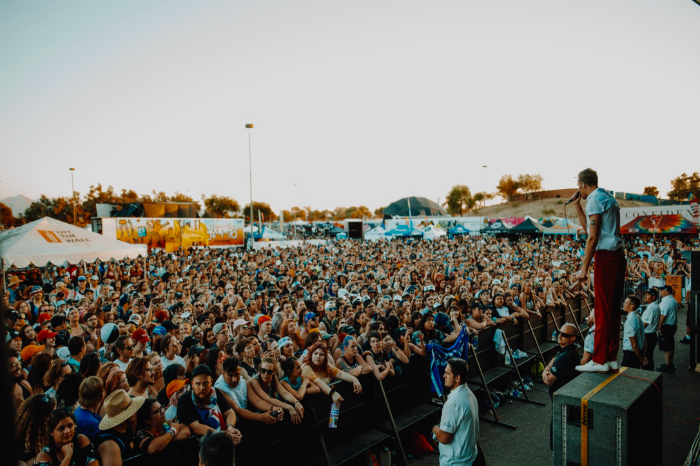 Summer 2018 is hitting its peak concert season and that means it’s time for a roundup of the top 10 tours to hit before the summer’s over!  I’ll give you a crash course on the tours you should be buying tickets to now (because you know I definitely am!)

9. Panic! at the Disco’s Pray For The Wicked Summer Tour

This is the first leg and the just the beginning of Panic! at the Disco‘s tour for their new album, Pray For The Wicked. This leg starts on July 11th in Minneapolis and ends August 18th in Vegas. This is one tour you can’t miss out on because even the openers, A R I Z O N A, and Lesbian-Jesus herself, Hayley Kiyoko are going to put on a hell of a show before Panic! even begins.

8. The Summer Ever After Tour featuring All Time Low, Dashboard Confessional, and gnash.

This tour has already announced two legs of it, with the same lineup, All Time Low and Dashboard Confessional co-headling. They’re bringing gnash out as support. This is an awesome co-headliner with an awesome support that’ll have you singing and getting emotional all night long. It starts out in Saint Paul on August 3rd and the second leg ends on October 12th in San Francisco.

7. Fall Out Boy’s M A N I A Tour with Machine Gun Kelly

Fall Out Boy is out on the road in support of their latest release, M A N I A. This tour is an arena tour with lots of support for the summer.  Against The Current, Every Time I Die, Gym Class Heroes, Nothing, Nowhere, L.I.F.T., and State Champs will be the support on select dates. This tour will be sure to keep you emo. This tour starts at the end of the summer on August 29th, but it will keep you held along for the winter, maybe.

Pentatonix heads out this summer for an amphitheater tour beginning on July 12th in Salt Lake City. This tour goes until mid-September and features support from Echosmith and Calum Scott.

Violinist Lindsey Stirling and rock band Evanescence are heading out on a summer amphitheater tour this summer as well, with a live orchestra. This tour will beautifully bring all of your emo phase dreams and growing up together in one place. The tour is already in full swing and ends on September 8th in Washington.

This tour has already been in progress for a few weeks and is slowly coming to the end this month but if it hasn’t stopped by your city, you need to go out to it. Paramore has been putting on one of the best shows of the summer. Foster the People and Soccer Mommy are the support for the summer and have really been giving it their all!

Homesafe is out on tour for their first full length album this summer, One. If you’re looking for a great tour, that’s not at a big venue and you want to mosh, scream, and sing your heart out, this is the tour you can’t miss. Homesafe is hitting small venues across the states with Hot Mulligan, Heart Attack Man, and Jetty Bones.

2. Aubrey and The Three Migos Tour

Drake and Migos will be going out on a co-headlining tour starting July 26th.  A 41-date, North American tour going all the way into November gives you plenty of dates to choose from so there’s no excuse to miss out on this. It features two nights in Toronto, four New York City dates, and four Los Angeles dates.

If there’s any tour you need to be at this summer, it’s the iconic Van’s Warped Tour. 2018 marks the final cross country Warped Tour, and if that wasn’t enough, they have an incredible lineup. Mainstage artists include State Champs, The Maine, and Tonight Alive, while some smaller stages have artists like Grayscale and Motionless In White. The final cross-country tour is hitting all of the North American amphitheaters until August 5th.