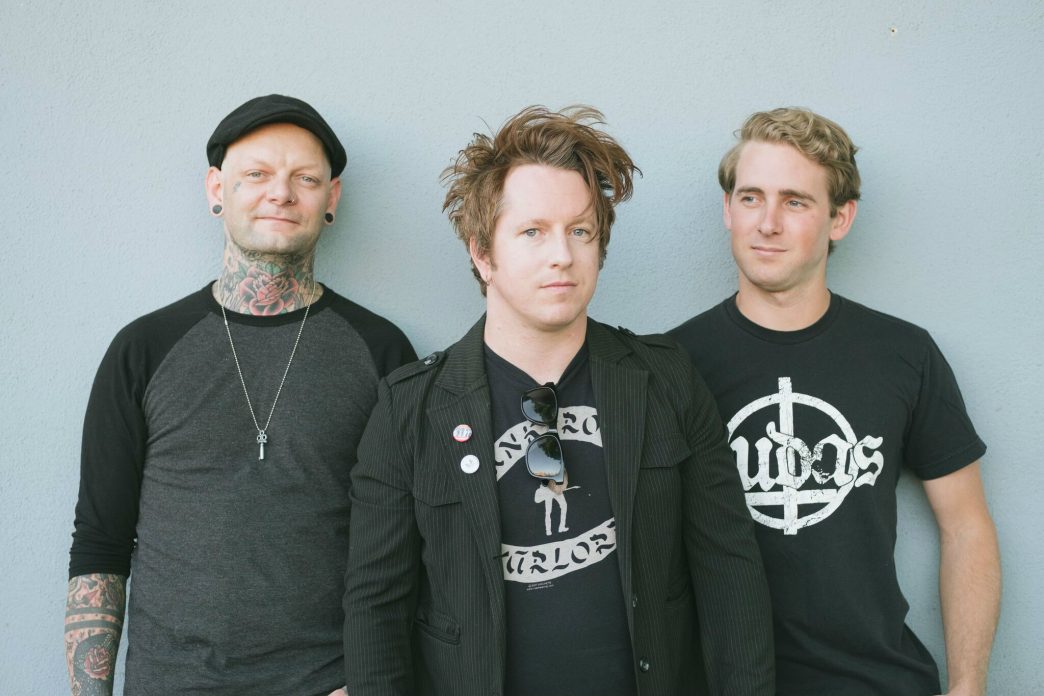 Gearing up for the release of their third album, Cold War, Divided Heaven talked to us about their roots, their inspiration and what fans can expect from the new album coming out July 20th!

How did you all come together as a band?

I [Jeff Berman] started Divided Heaven as a solo project. It grew into a full-band in 2014 with the addition of Nic Morreale and Ben Rauscher. I needed to put together a band to perform the songs from our album, Youngblood, which consisted of many full-band songs. From there it was a 50/50 split between Divided Heaven full-band touring and solo touring. Since 2017, however, it’s closer to 75/25 full-band touring versus solo touring. The band now consists of Nic Morreale on the drums, Derik Envy on bass and myself.

What is your biggest artistic inspiration?

Experience. Experience is the greatest inhibitor of creativity. I moved out at 18, I’ve lived abroad, I’ve moved across the country few times, I’ve lived in New York City, I graduated college, I’ve had my heartbroken, I’ve been abandoned in Alabama, I’ve slept at the Lincoln Memorial while in a drunken stupor, I’ve toured all over North America, Europe and Asia, I recently got married; the dizzying highs and the crushing lows all amount to experience. I do my best to turn my experiences into poetry that makes me and our listeners feel something, feel a connection to our songs and to hopefully plant a seed in their own imagination. As my favorite band, the Bouncing Souls said, “All my experiences ride with me….”

Can you walk us through your usual song writing process?

I gotta say, it is different every time. Sometimes I start with a melody (“Home For The Summer,” “Youngblood,” “The White Rose”), sometimes with a riff (“1983,” “Love Letter To New York,” “Gin”), sometimes only with a song title (“Melissa Militia,” “Stay What You Are,” “East/West”) and the song will flow from there. Hell, sometimes it’s forced and listening back I can tell. My best songs come from when I am wrestling something: a feeling, an emotion, a piece of history, etc. In that process of trying to better understand the topic at hand I can usually find a balance of literal versus figurative, tact versus attack, and emotion versus cliche. I know if I find that sweet spot it will be a good song.

Cold War, your third album, is going to be released in July.  How does it feel to be done with such a big project like a full length album?

It feels great. The response to the singles has been overwhelmingly positive and exciting…and kind of a relief. I won’t stay settled for long, though. It’s always in the lead up to a record release I find myself busy writing new material and working hard to get the record into as many people’s ears as possible.

Can you tell us a little bit about what fans can expect on the album?

If you had to pick a song off the new album that describes the band right now what would it be?

“1983”; it’s the perfect blend of our ferocity and fragility.

How would you say this third album differs from your earlier two?

Besides being recorded differently–recorded and mixed in analog–Cold War is the band Divided Heaven. It captures a band playing these songs; it captures that vibe. Our previous records: Youngblood was recorded around my solo acoustic songs and–even though many rocking tunes were on there–it was just produced differently. A Rival City, the first Divided Heaven record, is exclusively a solo record and sets a different tone because it was produced for a different purpose. It bothers me when I read interviews with bands ahead of their new record; they tend to diminish their previous records in order to make their new record appear more significant. I can’t do that to A Rival City and Youngblood; I love those records. I think Cold War is our best record to date and that is my opinion. Our listeners will come to their own conclusions. So, in an effort to be objective, I think Cold War is most balanced record; the rocking songs have a bit more fire to them and the softer songs are more naturally produced and delicate.

What can fans look out for next?

Divided Heaven will be on tour all Summer in North America, Europe in the Fall and plenty of more solo and full-band dates. Come to a show. Thank you!