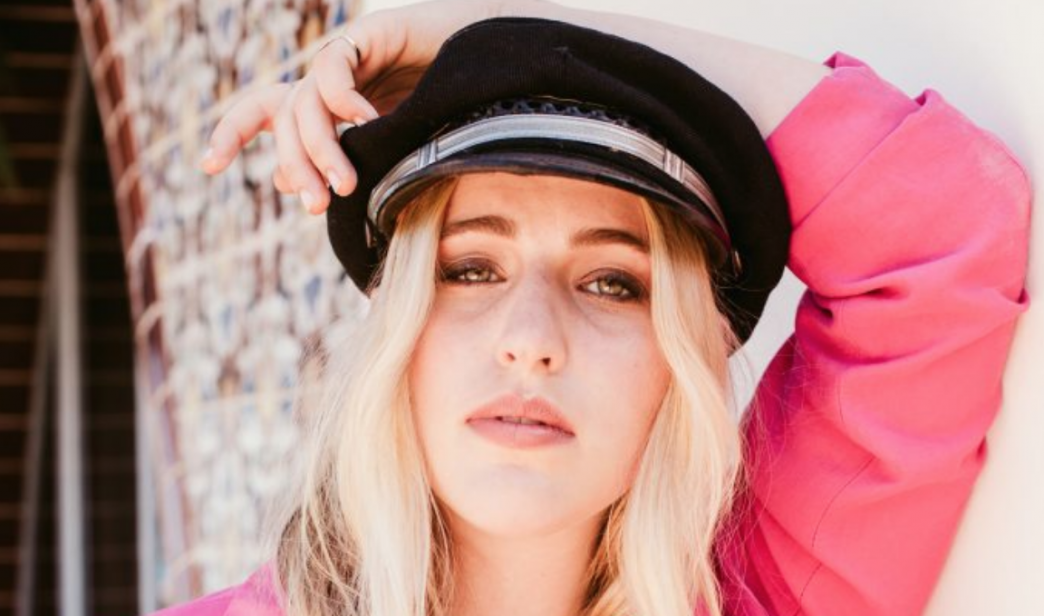 Sydney Franklin is living proof that you shouldn’t judge a book by a cover. A few weeks ago, I walked into a SoHo loft unsure what to expect. I briefly listened to Sydney on Spotify that week to get a feel of her music but I was shocked when I met her! She’s a blonde, bubbly, enthusiastic girl who has a killer voice and you would never expect the combination until you hear her sing. Sydney’s inspirations aren’t the modern day pop stars, they’re artists like Whitney and Aretha, and the boys and situations that have broken her. Check out our interview with her and make sure you listen to her EP, Make It Hurt!

What inspired you to get into music?

I was originally into sports a lot in high school, middle school, but i was in chorus in middle school and kept getting all of these solos. I was like, “ok, this could be something!” It’s just something I love. The high you get is indescribable. You can only understand it if you’ve felt it yourself. My parents aren’t into music, they’re both accountants but they raised me on really soulful, good music. They love music themselves. I’ve always been around music.

Great to hear! Who are some of your inspirations?

Aretha Franklin, Whitney Houston and current ones – I love YEBBA, I love Jorja Smith, Daniel Caesar. I love the real soulful artists. I kind of like to just study them and they’re their own people. They’re their own person. They are the artist.

They have their own specific sound.

Exactly! Exactly! When you say that person, you can hear it already. I want to be that way; when you say my name it’s like “oh yeah, I know exactly what you’re talking about.”

Cool! So a few months ago, you dropped Make It Hurt. What was the inspiration for the EP?

So I was on and off with this guy from high school and that [title] song specifically, “Make It Hurt,” it was around this past Thanksgiving in Brooklyn, at Shifted Recordings, I was just in a place like, “wow, you suck!” I feel like we’ve all been there, even if it’s not in a romantic relationship, with anyone – parents, a job – you feel so much pain from something that you want that person or that thing to feel the pain that they put you through. That’s kind of the state of mind that I was in. I just write in my notes. I wanted to make something relatable. My song “Noise” is about a little over a year ago, I went out to LA to meet with major record labels and it was just my take on the noise that the industry kind of puts inside your head. Everything is so secretive!

It’s a whole different world over there.

Yeah! Oh my god, it’s like this language you need to learn but no one teaches you or tells you that it’s another language. You’re kind of just thrown into the pool, thrown into the deep end and you never learned how to swim. Just real stuff that everyone can relate to and can latch onto. That’s what I’m all about.

What were your recording and writing processes like for the EP?

So going off of that, kind of just what I was going through at the time. I’m an in the moment person but I like to plan and know what’s expected. It really depends on the situation. I write a lot in my notes. That’s where maybe 95% of my songs come from. If I’m in the car or right when you hit the pillow..

It just hits you right there?

Exactly! I just write what I’m feeling. I was in an Uber the other day going to brunch with my friend Julia from home and she was just frustrated with all of these guys, because she was in a longterm relationship. The Uber driver and my friend Julia and myself were just like, “girls have to deal with so much! Guys scientifically mature slower than us.” It was kind of like a community feeling, where I was like, “you’re not alone!” So just real instances, I take those and create it because it’s the universe that’s giving it to me.

Any plans for the rest of this year?

So I was just in LA with [my publicist] Jess for about 2 weeks. I was creating with different producers, songwriters. I did a music video with this production company Whitelist for “Make It Hurt.” Definitely going to release those! I definitely want to be going on tour, I mean, if I was told tomorrow, I would go! Just challenge myself with songwriters, producers, and I think see the world through music. Maybe a little town in Oklahoma I wouldn’t go there, but maybe I have a gig there. I think it’s just a way to experience the world and see things that you may not see if you don’t have a reason to go. Music creates such a form of community and I love that.

If you could tour with anyone, who would you tour with?

I love Sinead Harnett, Daniel Caesar – I love!, Snoh Aalegra, who opened up for him and then Jorja Smith, who I love as well. Just those soulful artists who are just artists.

Awesome. If you had to convince people to listen to you right now, what would you tell them?

When you look at me you think, “oh bubblegum pop! Just another girl.” I mean, if I saw me on the street I’d be like, “who the hell does this girl think she is?!” When you look at me, you don’t expect what you hear what comes out of my mouth. *laughs* I think that’s a cool thing, like a wow factor. I love the wow factor, I just think that’s really cool. Don’t judge me for what you see or how I act because I’m a very bubbly, talkative, allover the place person but when I’m singing, I’m very soulful and into it. You wouldn’t expect that from just talking to me.

All photos by Emilia Pare