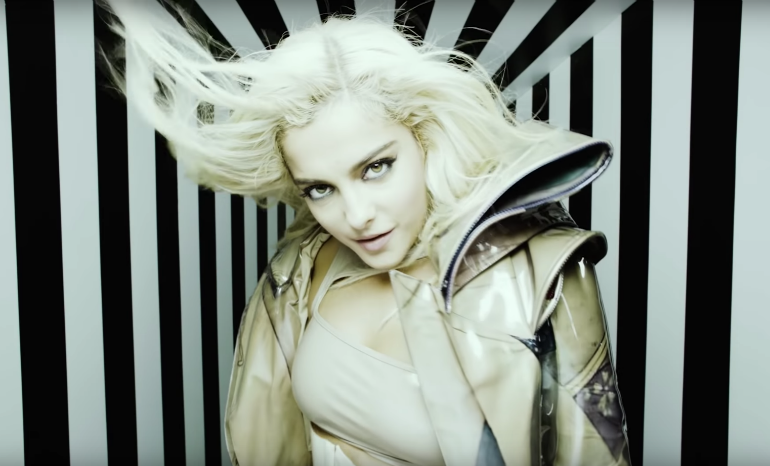 Bebe Rexha has had an outstanding year. Her debut album Expectations dropped at the end of June; the album features her smash hit collaboration with Florida Georgia Line, “Meant to Be,” and her most successful solo single to date, “I Got You.” “I’m a Mess” is the new single from Expectations and it’s quite a different tune than what Rexha has released so far.

Rexha has shared multiple times with her fans on social media about how much the track means to her. It’s a song that “celebrates me finally being able to accept my imperfections,” she wrote in a tweet and pinned at the top of the music video’s page on YouTube. She also explained that she has been “very vocal and honest about [her] ongoing struggle with anxiety and depression,” which is primarily what the subject of “I’m a Mess” is all about. Rexha also sent words of encouragement to fans, telling them that they are loved and not alone or lost, even if they feel they are.

I have been very vocal and honest about my ongoing struggle with anxiety and depression. I wanted to create a video and song that expressed my truth. This video is a celebration of me finally being able to accept my imperfections. I’m okay with not being okay all the time.

If you feel alone or lost please know you are not, and you are loved. ❤️

The video shows Rexha in a vulnerable state, often singing to the camera from what appears to be the inside of a psychiatric unit. Makeup is smeared and running down her face at the beginning of the video. Everyone in the psych unit is wearing all white; Rexha has some brown leather straps which could potentially be a nod to the way psych patients are strapped down in their beds. At one point, Rexha dons a pair of red Beats headphones with the other patients who are sitting down in rows of chairs and bobs her head along to the static playing from the TV. There’s a real sense of unity from the community of people inside the psych unit, particularly as Rexha comes to the realization that she’s “a mess.” Towards the end of the video, Rexha and the other members of the unit dance together and wave flashlights around while the background light changes from red to purple to blue. At this point, the atmosphere has completely changed in the ward to a more celebratory vibe; this is where Rexha has truly come to accept her flaws and imperfections.

To date, the “I’m a Mess” video is probably Rexha’s most cohesive. The concept of the video fits perfectly with the song’s theme and message and is a stellar glimpse of the imperfections Rexha has been struggling with. Check out the video below and let us know your thoughts on the track and song.