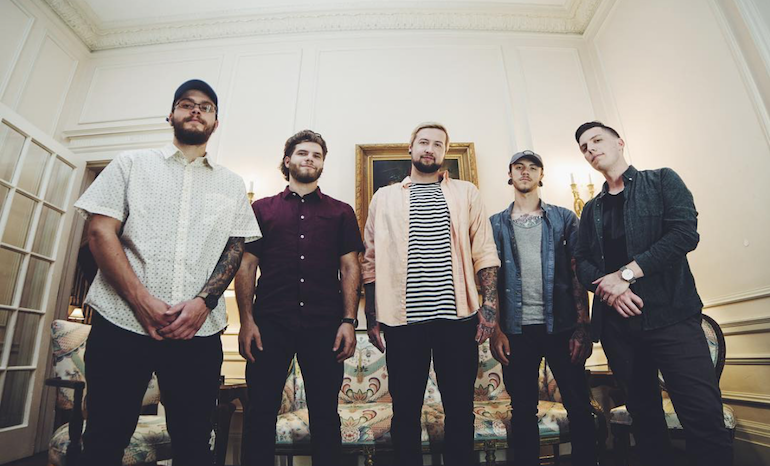 Brigades, a South Carolina pop-punk/post-hardcore band, is back in the scene with an announcement for their new EP, True Blue. The band has taken a three-year break since the release of their last album, Indefinite, released in 2015.

Come July 27th, the band will have seven new songs out for their fans. Different from their last album, which was released through Pure Noise Records, Brigades will be releasing this EP on their own, allowing them creative freedom with their new music.  We got to take a sneak peek at the album before the release date, and trust us, you won’t be disappointed!

The band has already released 2 new singles for fans, “Turmoil” (accompanied by a music video) and “Sucker.” These songs are perfect examples of the overall sound of True Blue. “Turmoil” starts off the track list, giving a post-hardcore vibe to the EP, and the other six songs follow suit.

All of the songs fit together in a cohesive way, while still being different enough that you don’t feel as though you’re listening to the same song seven times. For example, “Calligraphy” starts with an acoustic guitar, something you don’t hear in the rest of the EP, while “Finish Your Chardonnay” experiments with production and catchy hooks.

Brigades has been around for ten years now, giving the band plenty of time to find the sound that works for them. True Blue is definitely comparable to older work from other pop-punk bands such as Neck Deep or Brand New.

Three years is a long stretch of time between new music, but True Blue is definitely worth the wait. If you’re a fan of Brigades, you’ll enjoy this EP and the seven new songs it has to offer you, and if you’ve never listened to them before, maybe True Blue will be the introduction to your new favorite band. Listen to “Turmoil” and “Sucker” now, and get ready for the entirety of True Blue outJuly 27th!