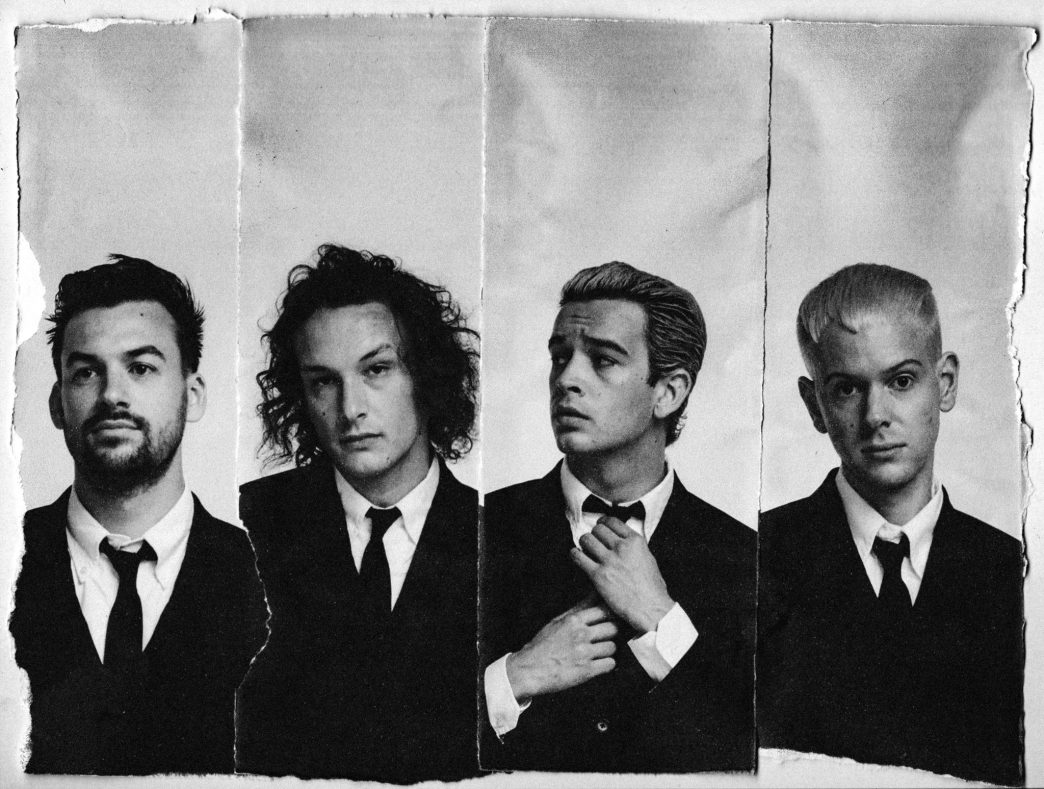 British indie rock band The 1975 has recently emerged from their hiatus with the promise of two new albums within the next year. Earlier this summer, they came out with “Give Yourself a Try,” the first single for their upcoming album A Brief Inquiry Into Online Relationships. The band has hinted at how the content of the album will discuss the impact of technology on society and with the release of their latest track, “Love It If We Made It,” it’s evident that they’ve reached a turning point for their next era of music.

“Love It If We Made It” starts off with a simple set of staccato chords, accompanied by a crescendo of The 1975’s signature wind chime of piano notes. Then, at the climax of the glissando, lead singer Matt Healy bursts forth provocatively with the first lines, “We’re fucking in a car, shooting heroin / Saying controversial things just for the hell of it.” “Love It If We Made It” is centered around the vices of modern humanity, forcefully hitting upon so many negative aspects of society that the song itself is emotionally overwhelming, which, in a way, is exactly what Healy is attempting to demonstrate about the world.

Healy doesn’t hold back – in some verses, he calls out specific events, like the murder of Eric Garner (“suffocate the black men”) and rapper Lil Peep’s death by drug overdose (“Rest in peace Lil Peep”). In other instances, he expresses concepts more abstractly, like using the phrase “selling melanin” in reference to slavery. The impact of technology on relationships is one of the core themes of the next album, but in addition to social media, Healy also raises a range of other issues, from fossil fuels to the drug epidemic.

On Twitter, Healy is unabashed about his political views and his lyrics reflect many of the problems plaguing politics, from extremism to the influence of media. The line “Fuck your feelings!” is how right-wing radicalist Milo Yiannopoulos responded to a protester, and “Truth is only hearsay!” is a riff off of the now infamous term “fake news.” The third verse is dedicated entirely to the behavior of Donald Trump and includes his response to Kanye’s controversial pro-Trump tweet ((“Thank you Kanye, very cool!”). For most of the song, Healy does not outright condemn any particular person or policy but rather hits upon each point in a raw and naked fashion. By offering up examples with such clarity, he incites the listener to be the judge.

Beyond the chorus, which is essentially a repetition of the phrase “I’d love it if we made it,” the lyrics are quite cynical. Even then, the chorus could be interpreted as a cry of desperation, as if the outpouring litany will manifest the words into reality. Despite the upbeat energy of the instrumentation, Healy’s provocative performance of the lyrics communicates more of an impassioned castigation. The shortness with which he sings each verse reveals his underlying frustration and anger, and he laments more than once that “Modernity has failed us.” With “Love It If We Made It”,,The 1975 provides us with a reflection of the past few years and the impact of the shifting political, social, and technological climate on humanity.