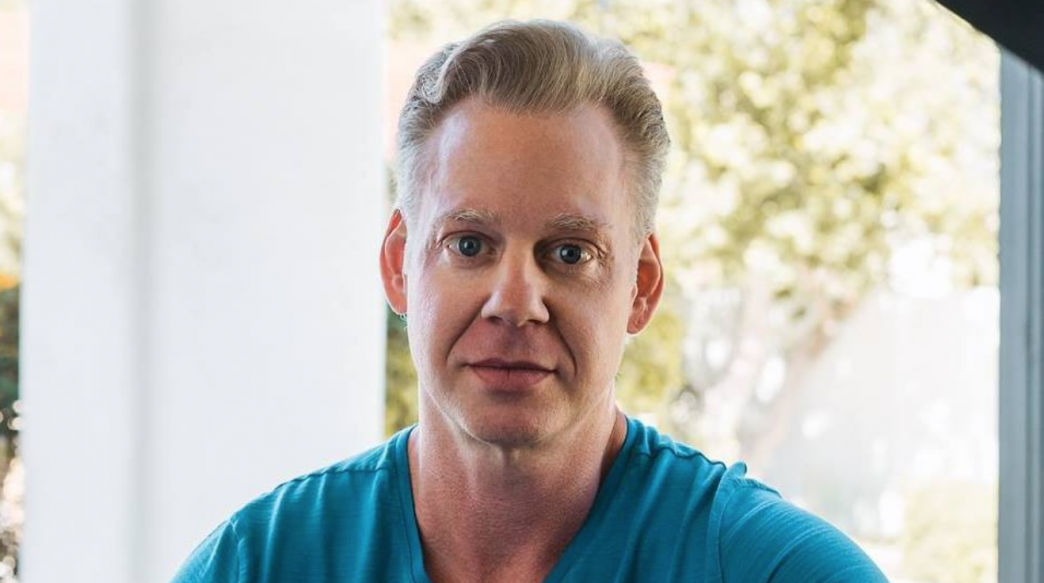 We recently reviewed CJ Teffner’s new EP Stars.  We were also lucky enough to chat with him for a bit about the new EP, and learn more about how he came to be the musician he is today. Check out our interview with the talented artist and producer below.

You recently released your new EP Stars featuring the title track of the same name. Tell us a little bit about the EP and what it means to you.

Stars, with the exception of the song “Stars,” is a pretty stripped down production for me. I often do bigger, multilayered songs with big production, but the “bones” and essence of these songs just told me to keep it simple. So it’s a very revealing EP, not much to hide behind. The word “vulnerable” has been used a lot, and that’s what it is.

You worked with Robyn Cage on the Stars EP and worked with Kathie Crotty Williams on The Cat’s Meow EP. What were some of the differences in working with Robyn versus Kathie and how do you think that affected the process of making each EP?

I had worked on projects in the past with Robyn and when I wrote “Meant To Fit”, her voice immediately popped into my head. We talked and she wanted to sing it and with that in mind I wrote the other songs with her voice in my mind. Robyn’s voice is an amazing combination of delicate emotion and power, so the simplicity of the songs just let her shine.  Working with Kathie on The Cat’s Meow was a lot of fun. I had written most of those songs on vacation in the mountains of Santa Fe, and for some reason they had a really 80’s vibe. Kathie fronts one of the most popular cover bands in Phoenix, so I had heard her belting out Heart, No Doubt and Led Zeppelin and knew she had just the right voice and energy.

And to piggyback off that last question, how would you say that your music has evolved or changed since the release of last year’s EP The Cat’s Meow?

It’s a complete 180 spin! When I start writing, a whole lot of pieces and parts come out and seem to be in a certain head space and each batch is different.

If you had to pick a standout track on Stars, which would it be and why?

That question? Ugh! I guess the one that stands out the most is my reimagination of “Crazy Train.” The Ozzy classic is etched into pop culture, so hearing it in half time with acoustic guitar and cellos is pretty different.

Tell us a little bit about your journey to becoming an artist.

I was banging on something or fooling around on piano and classical guitar when I was about 7? Both sides of my family had many professional players, symphony and jazz, so music was a constant and important in my family. My mom sold her silver flute to buy me a drum set, and my dad would drive me an hour each way once a week to take drum lessons. I also took piano lessons when I was 5 or 6. I found the electric guitar when I was 14 and things just went from there.

If you had to describe your music to someone who had never heard of you to pique their interest, how would you describe it?

Hmmm…well my music varies a lot on each release, so I would say Stars is a dark and dreamy singer-songwriter kind of album.

When you’re not in the studio or on stage, what do you like to do to unwind? Do you have any fun or quirky hobbies?

I lift weights most mornings, am a voracious reader, chill with my wife and dog, go to the movies, pretty pedestrian stuff.

Which artists have greatly influenced you and your music?

Too many! And they’re all over the place! In no particular order: The Beatles, Mika, Poe, Queen, Nancy Wilson (the jazz singer), Miles Davis, Sade, Yngwie Malmsteen….see, I told you!

At the moment I don’t. I used to be on the road non-stop, but now I’m just working on writing and recording, but will hopefully get back out if I can put together a killer band.

Just a simple quote “Music is the best”, Frank Zappa, from the Joe’s Garage album.