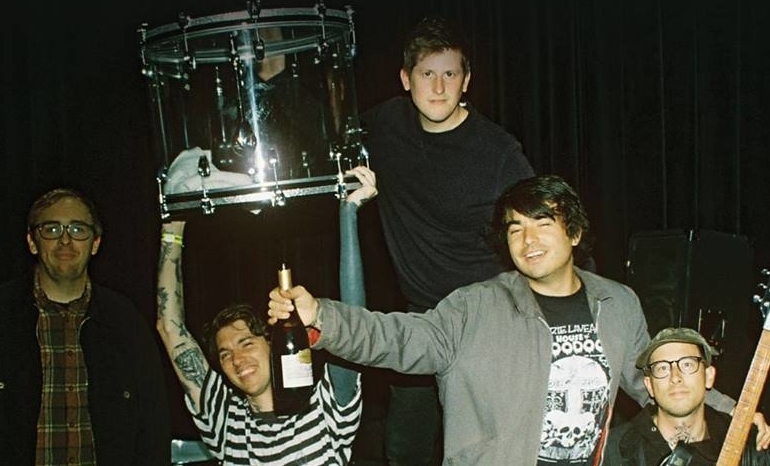 California-based rockers Joyce Manor have just announced a new album, Million Dollars To Kill Me, following up 2016’s Cody. Along with the news, the band also dropped the album’s title track and announced some killer tour dates.

The boys in Joyce Manor are known for their brief yet stirring records (all of their LPs clock in under 20 minutes, minus Cody), and based off of the lead single, it’s looking like MDTKM will follow suit.

The song is instantly recognizable as Joyce Manor, and is reminiscent of their Never Hung Over Again era, with understated but consequential lyrics and catchy instrumentals (when Barry sang, “Nobody tells you it hurts to be loved…” Ouch).

The punks’ fifth studio album, produced by Converge‘s Kurt Ballou, is due out on September 21 via Epitaph Records and features 10 tracks:

I don’t know about you, but I’m dying to hear what “Fighting Kangaroo” is about.

To celebrate the release, JM is going on tour! First, the band will headline some US dates, kicking the tour off in Woodstock, NY on October 9 (see you there). Vundabar and Big Eyes will support the tour through October 20 and then Peach Kelli Pop will take over for Big Eyes through November 3. On January 19, the band has a special show in Los Angeles featuring Jeff Rosenstock and other special guests TBA.

In November, they’ll be joining Basement on their UK tour as direct support, which kicks off November 16th in Manchester.

Tickets are on sale for their US tour NOW and can be purchased here and pre-orders for Million Dollars to Kill Me are available here.