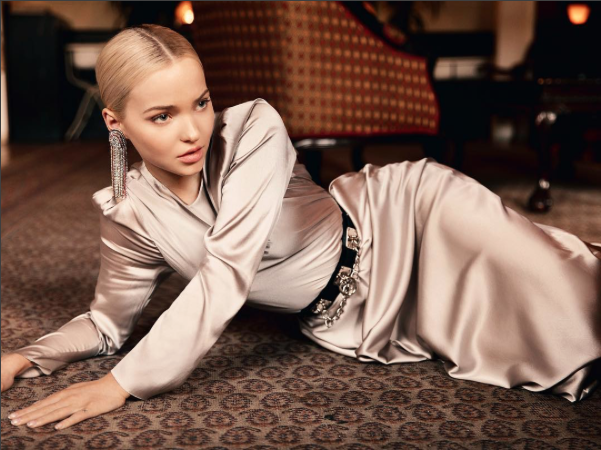 Dove Cameron just wrapped filming for Disney Channel’s Descendants 3, which means that it’s time for the star to start focusing on music. Dove first announced her record deal in March during a interview with J-14, and of course, fans of the actress were stoked to see her go where she’s never gone before.

“The music that you guys want to hear is going to take a little bit, but what I can say is I officially signed with Columbia. I signed with a label, finally!,” Dove told J-14. “I know my fans have been waiting for me to announce my label for a while now. But yeah, I trust them so much – and I wouldn’t have want to be signed to anybody else,” she added.

Fans have been waiting for Dove’s first solo release ever since a billboard in New York City went up last year. What was to be her first single, “Talks About,” was being teased, but due to a contract problem, it was never released.

LISTEN YALL I WANT TO ISSA CONTRACT THING. sorry i yelled but i would right now if i could and you KNOW that you crazy pants https://t.co/A1MT1gDgCQ

Now that Descendants is finally over, Dove has been in the studio almost every day. Having seven songs written (eight if you include “Talks About”), and five recorded, we need to know what solo Dove will bring to the music industry. She went on twitter to answer fans burning questions that they’ve been dying to know the answers to.

doing as many as we can https://t.co/5QSezBWqOt

i mean technically we have like 14. but we’ll see how many we end up loving at the end https://t.co/QYxqMsxlY2

no. 7 songs are written. not including talks about which makes 8. now i am recording them all. https://t.co/9BuUnNzduj

Dove also shared a video both on Instagram and Twitter with herself and her writers/producers in the studio. Unfortunately, the video has no sound, but we know it must be a bop and cannot wait to hear the track.

Are you excited to hear what Dove Cameron’s been working on in the studio? Do you think she can hold her own in the world of pop? Comment below or tweet at us @soundigest and let us know what you think! We personally can’t wait to see Dove blossom into the pop star she is meant to be.