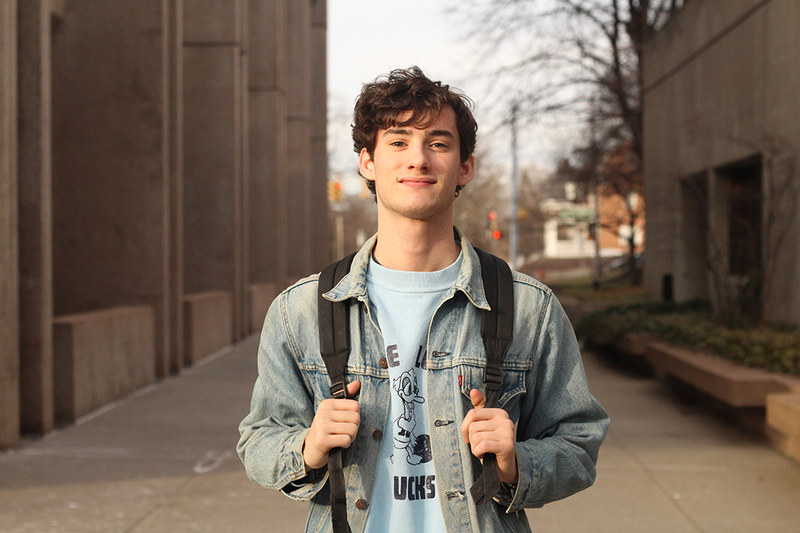 Detroit native, Charlie Burg released Two, Moonlight, the second EP in a three-part series last Friday, July 20th. Burg is a singer-songwriter who generates a unique indie/soul sound. He writes, records, and plays shows, but that’s not all. Burg is also busy learning the ropes of the business as a full-time student at Syracuse University in the music industry department.

Two, Moonlight is a seven-track EP, just like the first in the series, One, Violet. The new release has a universal sound, making it perfect for many different vibes. Whether you’re at a Summer barbecue, on an evening drive, or just hanging with friends, Two, Moonlight is the perfect soundtrack. Burg’s style is a satisfying mix of low-key acoustic and catchy electronic, a combination that’s sure to get stuck in your head for days.

The primary track, “Leaves (Reboot),” is destined to be a hit. It was recently added to Spotify’s Fresh Finds: The Wave playlist. The song seems to be about a lost love, “but in the daylight you’re all I see, How come she never said ‘I think I feel something again.’” It has a booming base and the track fades out with some funky, chorus-like vocals. While the majority of the EP has a mellow, evening chill type of energy, “Do It Again,” is on the more upbeat side. As the song progresses, it delves into an addicting pop-like riff. Burg’s soothing lyrics and impressive vocal range is present in “Busbeat,” along with some jazzy flute sections.

In celebration of his new release, the talented student has a concert this Friday, July 27th at Brooklyn Bazaar. New York fans, come out and see Burg along with two amazing supporting acts, Sage Baptist and Sedona. The doors open at 8:30 PM and tickets are $10 in advance and $12 at the door. Get your tickets here, but be quick, they’re selling fast!

Listen to Two, Moonlight today on Spotify, Apple Music, Bandcamp, and Soundcloud and keep your eye’s peeled for the final EP in Charlie Burg’s three-part series. In the meantime, you can keep up with him through his website, Facebook, Twitter and Instagram.

Break a leg this weekend, Charlie!