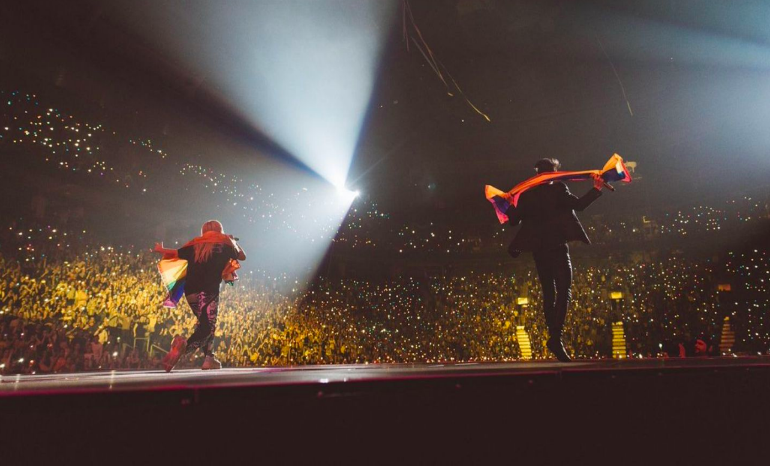 Panic! at the Disco‘s first leg of their Pray For The Wicked Tour is in full swing across North America this summer with Hayley Kiyoko and A R I Z O N A. Last week, the show sold out at Madison Square Garden, but a few days before that, the tour stopped in Toronto, Ontario to play the Air Canada Centre on July 22nd.

There were production and border issues at this date, however, resulting in Hayley Kiyoko and A R I Z O N A’s opening sets getting cut out of that night’s show. Panic! at the Disco did not disappoint, though! Brendon Urie, who recently came out as pansexual, brought out “Lesbian Jesus” herself, Hayley Kiyoko as a special surprise to fans.

Due to border crossing delays that led to production delays we are unable to have @HayleyKiyoko & @arizona on today’s show. We will be working very hard to get doors open as close to 7pm as possible. Thank you all for understanding and see you soon.

Hayley had her own little fangirl moment about the performance too, saying how grateful she was for the opportunity. “Thank you Brendon for giving me something to aspire to and be. And supporting me as if we are family,” she said. “I’ll never forget last night.”

Check out a video of the complete performance of “Girls/Girls/Boys” in Toronto HERE: