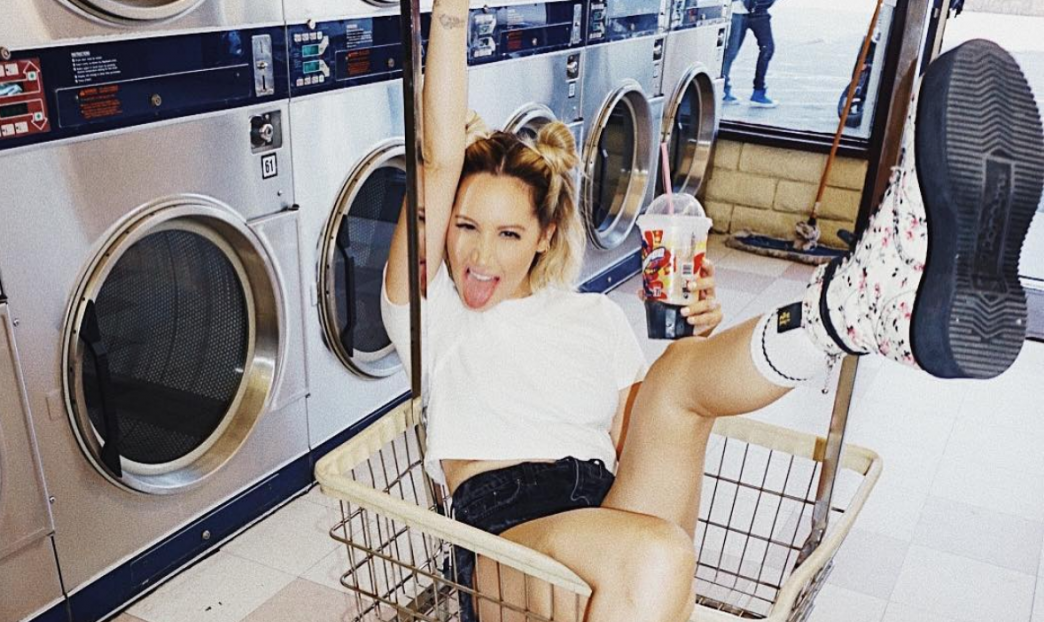 Ashley Tisdale is here to save pop with the followup to her second LP, Guilty Pleasure. Tisdale’s third album Symptoms, will be released this fall in conjunction with newly formed label, Big Noise. Producer of the album, John Feldmann is best known for his work with artists like 5 Seconds of Summer, Hilary Duff, and Ashlee Simpson. “It has been an absolute pleasure working with Ashley on this album!” John Feldmann says. “Can’t wait for the world to hear this…We collaborated with some amazing writers on this album and I think the nine-year wait in between albums will have been worth it!”

Tisdale also shared that she’s “been in and out of the studio for the last four years and teaming up with John Feldmann has allowed me to create the most authentic album to date. I’ve co-written every song on the album and it’s so personal to me. Looking forward to sharing it with everyone!”

As we patiently wait for her new material, here are some of my favorite music moments throughout her career. Let’s start with the banger “He Said, She Said,” which I still play full volume on all of my outings.

Her most underrated song in my opinion is “Not Like That.” This song is a bop that needs to be given the credit it deserves.

How can we forget the first single from Ashley’s sophomore album? “It’s Alright, It’s Ok” is a great song to add to your breakup playlist. Still one of my anthems anytime I’m going through relationship drama!

Reminiscing on all her music brings me back to my middle school days. It also reminds me that Tisdale deserved more credit in the music industry than she had. How excited are you for Ashley Tisdale’s new album? Tweet us at @Soundigest or comment below and share your thoughts. For now lets all check out and cry over Ashley Tisdale and Vanessa Hudgens singing “Ex’s & Oh’s”.