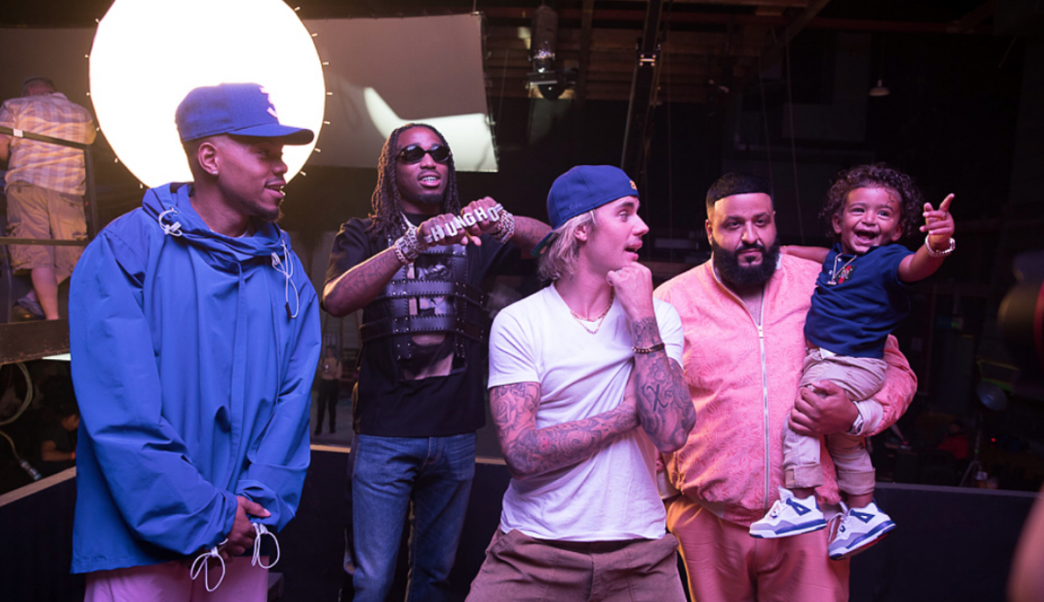 If you have Justin Bieber featured on a song, it’s guaranteed to generate a lot of buzz. However, some are definitely better than others. Here are Justin’s collaborations ranked from Worst to Best.

Although record producer Poo Bear remains one of the most important people behind some of Justin’s biggest hits, the first single from his debut album missed the mark. The song is dull and even Justin’s mellow vocals couldn’t save the song.

Justin doesn’t seem to fit in with this song about drinking the night away.

Although the song is catchy, it remains one of Justin’s more generic features.

The thumping bass and catchy chorus made for a fun collaboration and introduced the power of what can happen if you put Justin Bieber on your dance track.

This song was one of the first introductions to Justin Bieber’s rap skills. If you can get over the annoying chorus, he’s actually not bad, but there are a few other songs down the line of his career that are better than this.

With sweet lyrics such as “what makes you so beautiful is you don’t know how beautiful you are to me” combined with Carly and Justin’s angelic vocals, the two make quite the pair on this song.

“Next to You,” – Chris Brown ft. Justin Bieber

This smooth R&B influenced track features a nice blend of vocals from Chris and Justin.

Justin Bieber proved he could handle a remix and added his own flair to this dance-worthy track but it doesn’t stand out like some of his other remixes.

Although Justin doesn’t have much to say in this song, we can’t hate on a Justin and Chance collab. The song itself is great.

Before Post Malone became the chart topper he is today, he and his best friend Justin did a song together on his debut album Stoney. We love Justin’s smooth vocals here and hope these two collaborate more in the future.

At this point, Justin proved he’s a major catch when it comes to dance hits. After working with Diplo to Skrillex to DJ Snake, it seemed like this song got lost in the mix, but his vocals and falsetto make for another classic Bieber crooner.

Justin once again teamed up with DJ Khaled his “I’m the One” crew minus Lil Wayne for a late song of the summer contender. It’s impossible to not dance to this beat but at times feels like a knockoff of “I’m the One.” However, we do love Justin’s new look in this music video.

This remix is perhaps the best display of Justin Bieber’s rap skills so far.

With relatable lyrics and a catchy beat, how can anyone say no to being friends with Justin Bieber?

The comforting lyrics (thanks to Ed Sheeran and Benny Blanco) along with dancehall influences make for one of Justin’s best dance features.

This star-studded anthem went #1 on the Billboard Hot 100 in its first week of release and for good reason. Even with three rappers on the song, Justin lays down a memorable chorus for us.

DJ Snake created the catchiest of beats and the range and falsetto we hear from Justin is unmatched from his previous dance features.

“Where Are Ü Now,” Skrillex and Diplo ft. Justin Bieber

Although Justin has multiple Grammy Award nominations under his belt, this song remains the sole reason behind Justin Bieber’s first and only grammy so far. Most would say this song was a comeback of sorts for Justin as it came after Justin’s actions and reputation were at an all time low. The track was something we had never before from Justin and the idea of him teaming up with Skrillex was unheard of. However the versatility of the vocals in the song combined with the “dolphin” beat drop somehow worked out perfectly.

When it comes to remixes and Justin Bieber features, is it really a surprise “Despacito” is the best? Lead by Luis Fonsi and Daddy Yankee, the latin-pop remix crossed over to mainstream with the help of Justin and topped the charts in almost every single country. This was also the first time we got to hear Justin Bieber sing in Spanish. Talk about a match made in heaven. We just wished Justin would’ve learned the lyrics so he could have performed it live but I guess we can’t have it all.