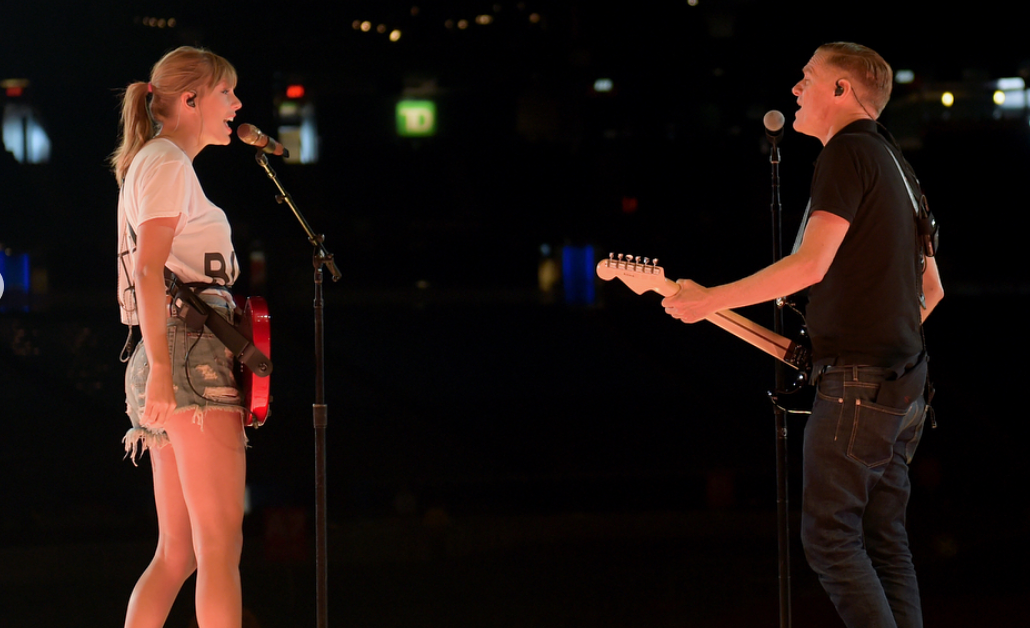 Taylor Swift‘s Reputation tour hit Toronto over the weekend, and we can’t lie… it may have been the best stop on the tour to date! As we all know, Tay loves surprising her fans, and her second night performing at Rogers Centre was chock full of things that fans were just NOT expecting!

If you’ve been a diehard Swiftie for a while, you know that Taylor’s really dialed it down a lot when it comes to bringing surprise guests on stage this tour. We mean… she played three nights in the New York/New Jersey area and there were no special guests at all. No hard feelings, though… the videos from the Toronto show more than made up for it.

At the show over the weekend, Tay brought the legendary Bryan Adams to sing the classic rock hit, “Summer of 69.” Considering it quickly became one of our favorite Taylor covers ever, you would think the two spent a long time rehearsing, but actually, her duet with Bryan was very last minute and not planned at all! We know… we can’t believe it either!

That’s not all, though! If you’ve ever been to a Taylor concert, you know that she chooses one song from an older album that’s not typically on the set list, and she calls it the “secret song.” Well, fans that attended this particular show in Toronto were also treated to one of the best secret songs choices we’ve probably ever witnessed Taylor make!

At this concert, Taylor chose to perform a bonus track from her Red album called “Come Back… Be Here,” which is an underrated fave if you ask us! Fans have been requesting for Taylor to sing this song for a while now, but considering it’s only a bonus track, we never quite knew if she’d ever get around to playing it live. Well, she finally did it, folks, and it was so good that we couldn’t help but wonder (yet again) why the song only made it on the deluxe edition of Red.

Of course, it’ll take us a while to calm down about this secret song choice, but honestly, it went over so well that we hope she continues to make unexpected choices like that in the future. Come on, Tay! Keep the surprises coming!