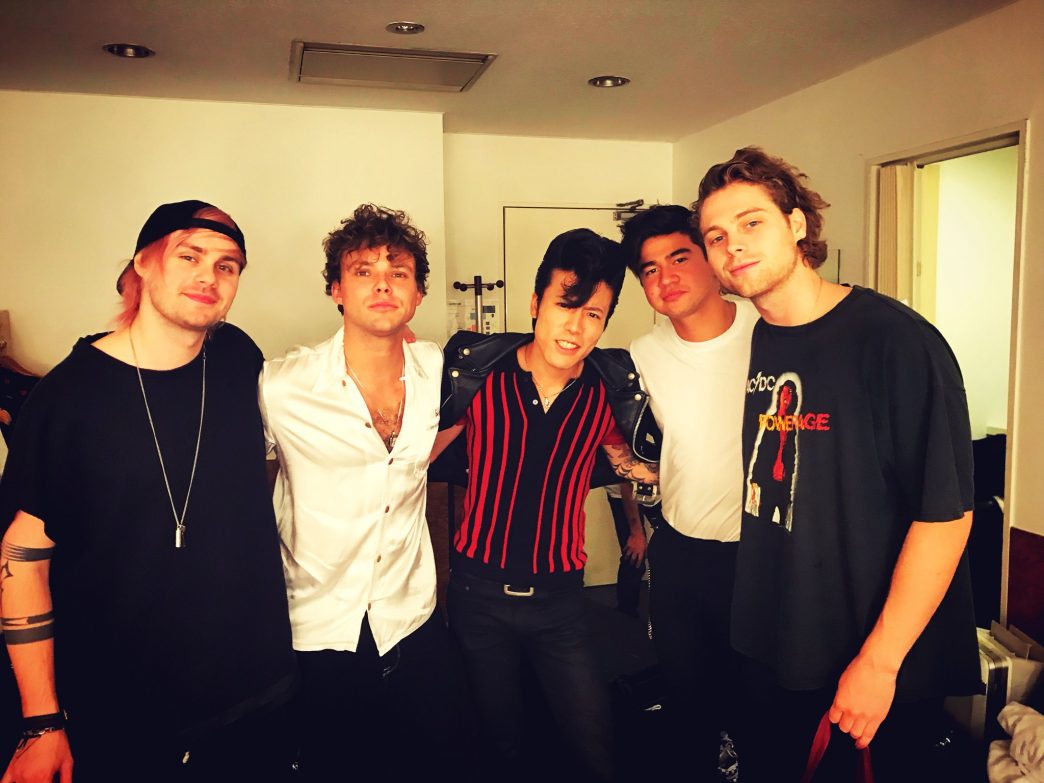 After a successful release of their most recent album, Youngblood, 5 Seconds of Summer just gave fans exactly what they wanted, the music video for the title track.  Stepping away from their usual video vibes, the band members are not even seen in this one.  Instead, they tell a tragic yet long lasting love story with their upbeat song.

The video was released just as the band started their world tour, Meet You There, in Tokyo, where the video also takes place.  It starts with an older Japanese couple, in wheelchairs, who receive a pill from a nurse.  This pill basically give them 24 hours to relive their youth before they die.

Springing out of their wheelchairs, we’re taken back to the height of the Rock n’ Roll era, with poodle skirts, hair gel and lots of cigarettes.  The couple are at their peak in life, dancing around, hanging with friends and getting tattoos. They spend their last few hours doing what they enjoyed when they were young and spent every second they could enjoying themselves before time ran out. The video ends with the couple next to one another, accepting their final fate as the watch reaches its final seconds and the last lyrics play out, “And I’m just a dead man walking tonight.”

All of the band members have expressed how much they love visiting Tokyo, so it’s not much of a surprise it was featured in the video. Guitarist, Michael Clifford, tweeted about the new release.

since we’re in Japan, our official video for Youngblood is finally out. watch this with an open mind and I promise you won’t be disappointed. https://t.co/ZgXr983vU7

Fans seemed to also love the concept and the video itself, especially the Asian representation, which is rare in the media.

YOUNGBLOOD IS THEIR BEST MUSIC VIDEO. EVER. I’M CRYING. pic.twitter.com/n0TpyKlZAk

Watch the new video for “Youngblood” below and let us know what you think in the comments or tweet us @soundigest !