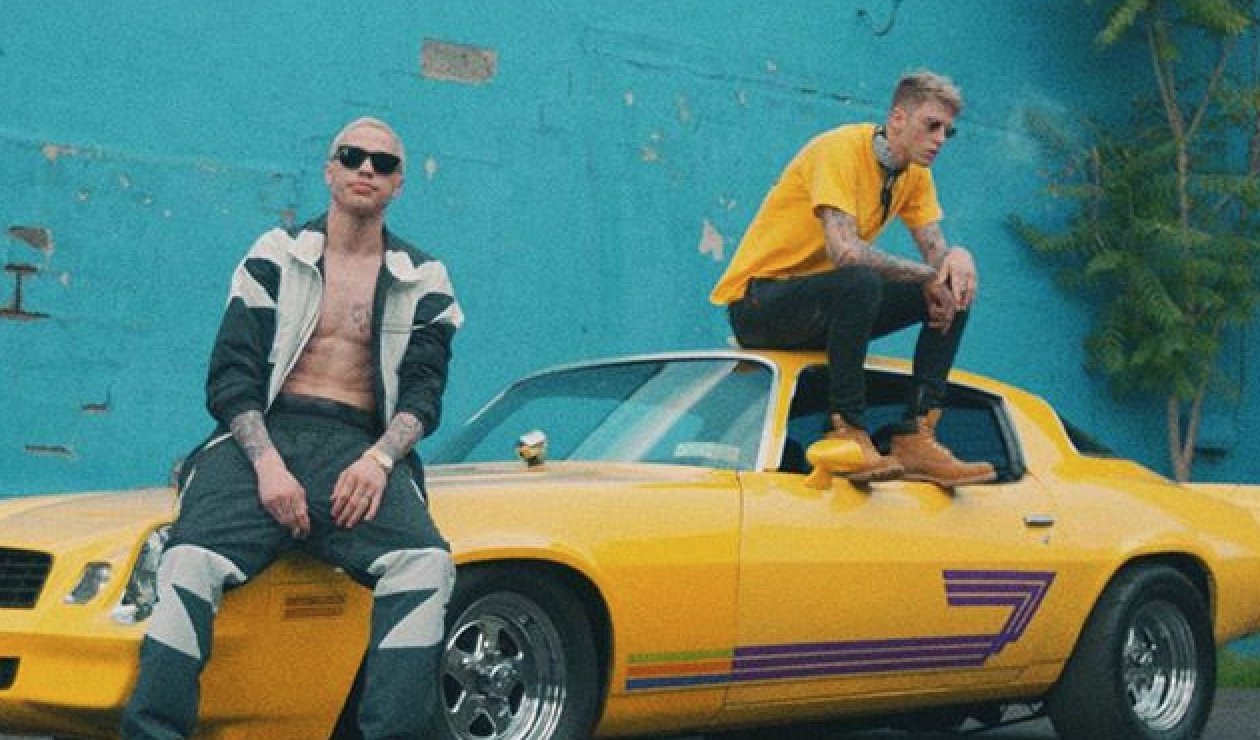 Last week, Machine Gun Kelly brought his good friend Pete Davidson into the music video for his newest single “LOCO.” Davidson is best known for his role as a main cast member on Saturday Night Live, but more recently he’s made news headlines because of his engagement to Ariana Grande.

Davidson has been a been a sidekick to MGK within the music scene for a while now. The music video shot by Jordan Wozy depicts the wild friendship between MGK and Davidson and shows off their drive to party. “LOCO” was actually filmed within a matter of days. MGK spontaneously decided to film with Davidson in Syracuse, New York in between shooting scenes of a new movie both will star in. Both MGK and Davidson’s personalities complement each other well, making them the most entertaining duo to watch.

MGK returns with “LOCO” to remind fans that he’s still a wild boy at heart. The entire plot of the video revolves around the two partners in crime rebelling against authority, smashing beers, dancing on top of RVs, and smoking joints in the shape of a cross. About midway through the video, MGK is shown getting a new tattoo that reads…(you guessed it) “LOCO.” Are we even surprised?

The comedic video closes with raw footage of the gag reel where we see a more candid side of MGK and Davidson. The two friends joke around about the set, consume mushrooms, and then go on a adventurous race inside of their hotel. This clip leads into MGK sneaking into the hotel’s closed pool with an umbrella. About ten seconds later, the two are asked to leave by management. The whole premise of the video shows the duo tripping out, which is honestly exactly what we’d expect from any of Machine Gun Kelly’s music videos.

“LOCO” is out and available everywhere now!