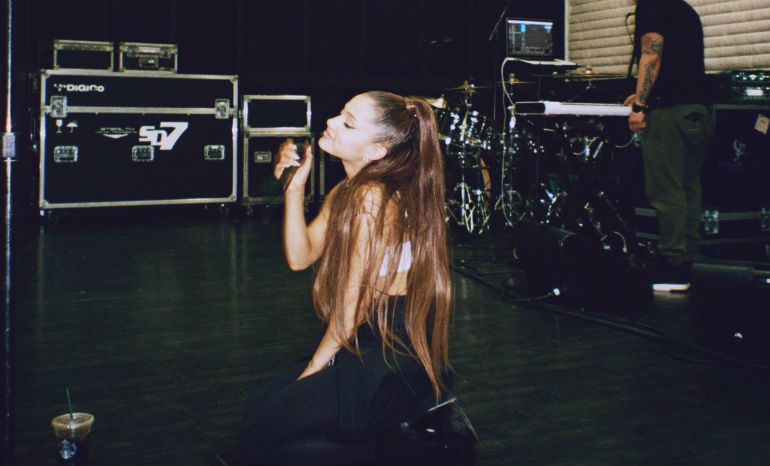 A ticket to the session comes with a physical copy of Sweetener. The sessions are hosted at intimate venues in each city: Irving Plaza in New York City on August 20th, The Vic Theatre in Chicago, IL on August 22nd, and the Theatre at Ace Hotel in Los Angeles, CA on August 25th. While not much is known about what will transpire during the Sweetener Sessions, fans can expect an intimate experience with Grande. My guess is she will be performing several songs from the new album. Maybe she’ll even throw in a Fan Q&A or some fun Sweetener related activities.

Grande is scheduled to perform at the 2018 Video Music Awards in New York City at Radio City Music Hall. The first Sweetener Session takes place directly after the award ceremony.

The Sweetener Sessions are the latest in fan events that Grande has had to promote her new album. The week prior, Grande hosted a fan sleepover for some of her biggest fans from the BKSTG app. She had private cars sent out to pick them up and they all hung out, listened to Sweetener over a week before its release date and had a big, fun sleepover. Grande tweeted about that event with a black and white video, which you can see below.

last night …… you’re such a dream to me 🌫
nine days pic.twitter.com/nxkRzx2573

Grande seems to be making the Sweetener era all about her fans. We can’t wait to hear the album and see what the rest of the era has to offer.