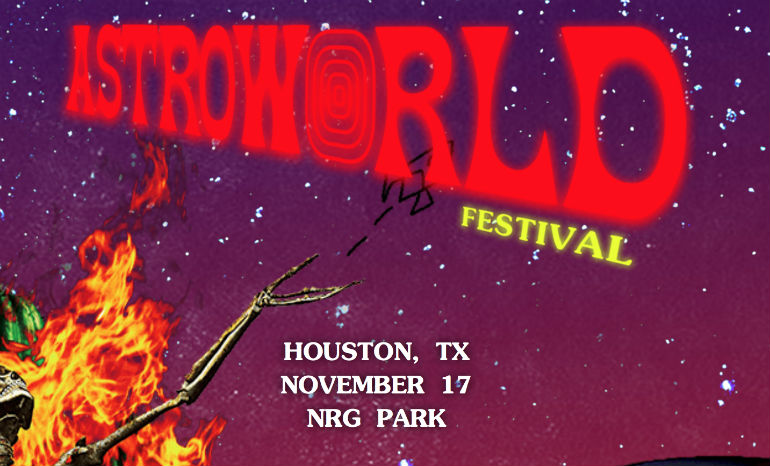 Rapper Travis Scott just announced that he is organizing and headlining a music festival in his hometown of Houston this November. Astroworld Festival will take place at NRG Park, across the way from the former Six Flags theme park that inspired the name of Scott’s latest album and, consequently, the festival’s goal of capturing “the beloved spirit and nostalgia of AstroWorld” as expressed in a press release.

The album contains elements of Scott’s experiences in Houston, Texas with songs like “HOUSTONFORNICATION”, so the location of the event promises to be an essential component of the festival’s theme. Scott’s manager explained, “Our ultimate goal in launching this fest is to bring some well-deserved recognition to Travis’ hometown of Houston, the place that has made him both the man and creative artist he is today.”

Scott will be curating the lineup, which is yet to be announced, but it’s worth speculating whether any of the collaborators from Astroworld, which include artists from James Blake to Tame Impala to The Weeknd, will make an appearance. Prices for tickets currently start at $89 for general admission and $250 for VIP but will likely go up as the day approaches. In other words, sign up to receive a pre-sale code so you can snag your tickets as soon as they become available. It’s an event you won’t want to miss!