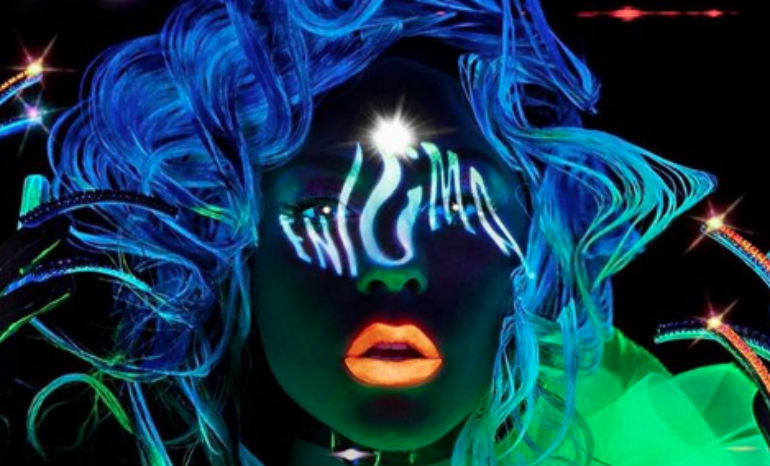 Good news, Little Monsters! Lady Gaga is heading to Las Vegas for her residency in December! Gaga’s show, “Enigma,” will begin on December 28 at the Park Theater in the newly renovated Park MGM Las Vegas. The residency will consist of two unique shows. “Enigma” will include all of Gaga’s pop hits. There will then be only four showings of “Lady Gaga Jazz & Piano,” where Gaga will perform stripped down versions of her songs as well as covers. These shows will be unlike anything Sin City’s seen before and fans are rejoicing.

When Gaga announced her residency on Twitter this past December, fans have been anxiously awaiting details. Finally, eight months later and we got to see the dates and information for the residency shows. The poster is a neon fantasy and is giving us classic Gaga pop vibes. At the moment, Gaga is set for 23 Enigma shows and 4 Jazz and Piano shows. This is on a smaller scale than some other residencies and there is no word yet on if Gaga will extend.

Gaga is joining the ranks of pop stars turning to Vegas. Britney Spears, Mariah Carey, Gwen Stefani, are just a few others with infamous residencies at Las Vegas hotels. Pop stars taking on Vegas is nothing too out of the ordinary. Gaga, however, is in such a league of her own and this two-show format is very unique.

There are no details on the staging, setlist, or anything else quite yet. Gaga is known for her electrifying performances. We mean… who can forget her Halftime Show? The “Enigma” shows will allow Gaga to show off her choreography and wild performances. The Jazz and Piano Engagements will showcase her raw, stripped voice. Gaga is quite versatile as an artist and her shows will embody this perfectly.

2018 and 2019 will be huge for Gaga and her Little Monsters. She has a film coming out called A Star Is Born, and possibly new music in addition to the residency. Tickets and information are available here!