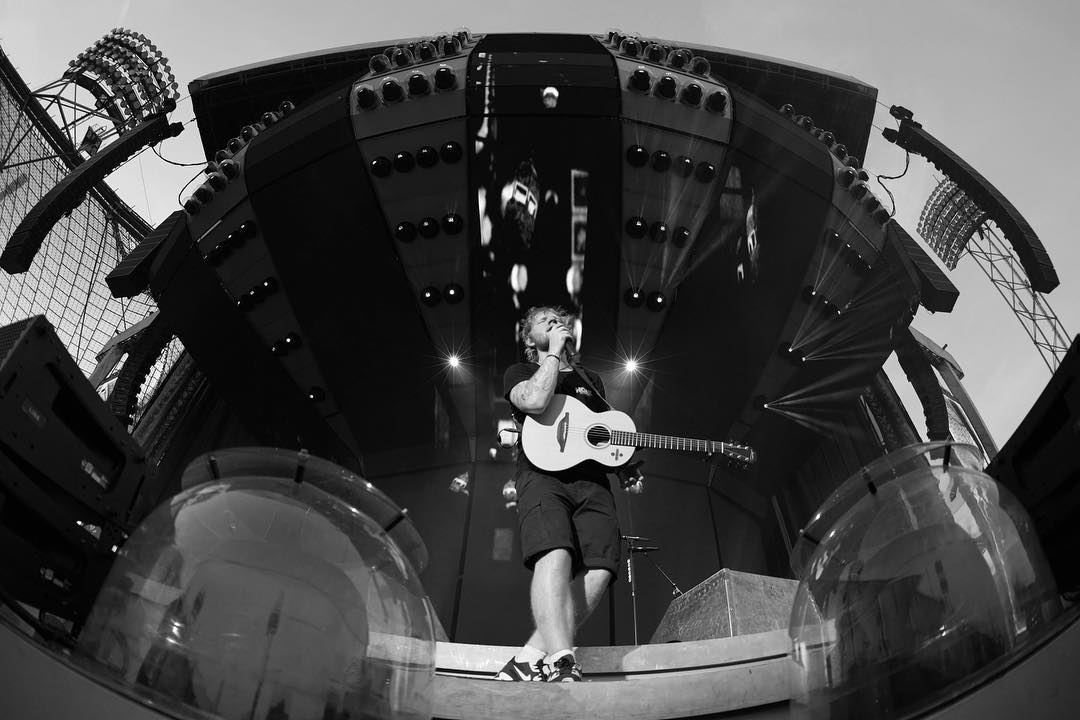 One lucky Ed Sheeran fan will not only get to go to his New York show, but recieve guitar lessons from the singer-songwriter as the result of his latest fundraising contest.  Partnering with Drop4Drop, a charity to help provide clean water, Sheeran is promoting awareness as well as the amazing contest prize to raise money.

100% of the donations raised will go directly to clean water projects and with entry prices between $10 and $100 and even ways to get free entries, there is a chance for anyone to win.

Not only does the winner receive a guitar lesson, but also a signed guitar.  Sheeran mentions in the informational video, “I will teach you to play one of my songs on guitar, and then you’ll get a guitar that I’ll sign and give you after the lesson.”

The contest is opened only for 6 days, starting on the first of September and ending September 7th.  Once the winner is picked on the 7th they will receive a backstage pass to Sheeran’s Divide tour for one of his New York dates.  They will also receive a private guitar lesson, a signed guitar to take home and 2 VIP tickets to watch his MetLife show!

Watch Ed Sheeran’s informational video below and save up to enter to win this exclusive prize!

Learn more about the cause and the contest: https://drop4drop.rallyup.com/edsheeran