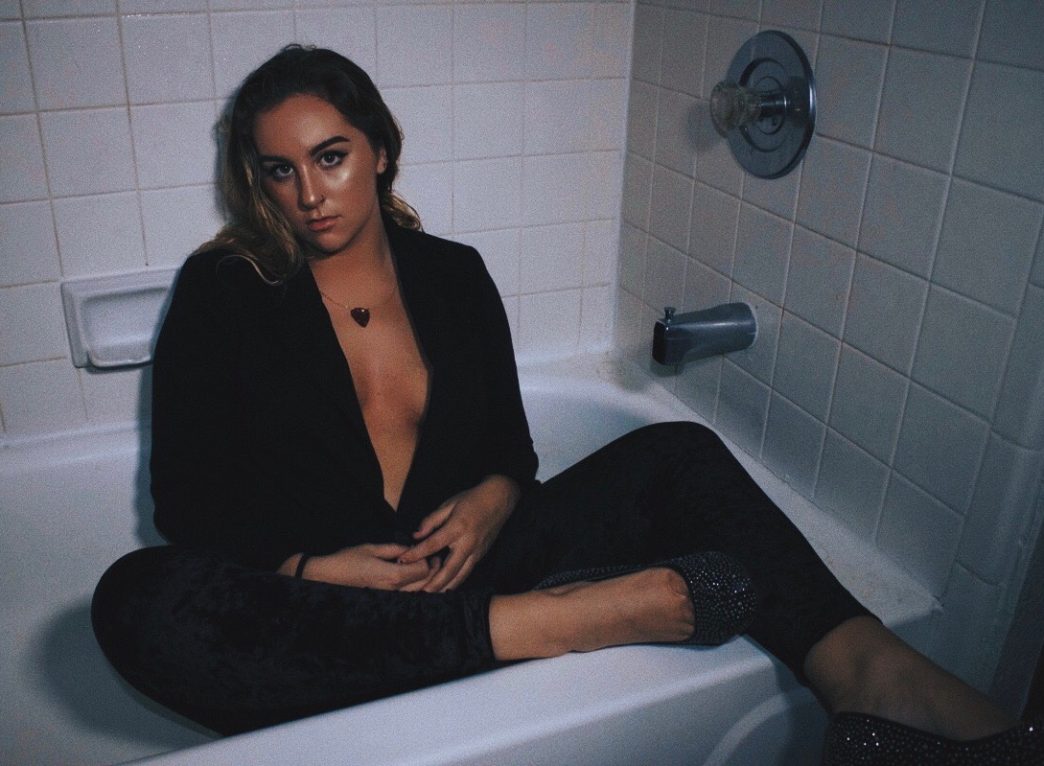 We’ve all been there, calling up that one particular person when you’re a little bit tipsy. Sure, it’s not the best idea, but it happens! Well, in her new song “Drunk,” Singer-Songwriter Rowan Joseph reassures us that there’s nothing wrong with that.

Released last Friday, the track is Rowan’s latest single about only wanting someone when you’re drunk (pretty self-explanatory, but SO relatable). Girl power is a huge part of this track with the witty line, “girls get booty calls too.” So boys, take that and go give this huge bop a listen! I got to chat with Rowan Joseph about the new track and what she’s all about. Check it out!

Can you tell me what your new single “Drunk” is all about?

In a nutshell, I wrote “Drunk” at a time in my life where I was kind of involved with a guy,
but it was very clear to me I really only liked him when I was drinking. It’s written from
the point of view of someone kind of selfish and stubborn pretty much saying “I don’t
actually like you that much but you’re a good back up for when I’m feeling a little tipsy
and flirty”… It’s not a mean song, it’s just written from a place of honesty in me.

How nervous were you to release this to the world? I got a chance to listen to your old material and it’s quite different. Is this the new direction you are going for?

Hmm, I don’t think I was “nervous” necessarily… more like extremely excited. I felt very
confidently that I wanted this to be the debut single that did, in fact, launch me into my
new sound. My audience that has been with me throughout the years are familiar with
my old material that was a bit more innocent and juvenile. You know, cute little girl
songs. But now I’ve grown up and really just want to be raw and unfiltered, I’m not
putting any restrictions on myself for future projects. It’s important to me that I let who
I really am show through my songs.

The creative process for this song was nothing but a good time for me. It happened very
quickly. The writing took about 30 minutes, that’s my favorite kind of writing
because that’s when you’re just overflowing with creativity and it all just pours out of
you and then BOOM! You’ve got a dope song. My secret formula to a good song is some
inspiration and a little wine.

The cover art for the single seems like it has a story behind it. Could you tell me more about that?

One of my favorite things about the song actually is the cover art. I feel like it ties
together the whole vibe. For a long time, I was having a hard time visualizing what I
wanted the art to look like but I think it came out perfect. When I approached Brianna Reid (my manager) with the idea I just said, “I want everything to look like a mess, lets get a bunch of sh*t
together you might see post-rager.” Everything you see in the picture is mine. That’s
my bra, those are my Steve Madden boots, that’s my teddy bear I sleep with at night. I
wanted it to be random and weird, but also make sense. Also, there’s something hidden
in the cover art that reveals a future project, so maybe go take a closer look.

What’s next for Rowan Joseph?

Music… music music music! That’s what’s next for me. I have so many fun things
planned for the future. I held off putting out music for a long time because I wanted to
wait until I was ready to commit fully to my audience and creating valuable and quality
content. I feel like I’m finally at that point. I have the time and tools to be the best
version of my artist self. I hope my audience continues to grow with me and stays
excited about future releases. All the feedback I’ve gotten for “Drunk” has been
overwhelming and amazing. I feel fulfilled and am more than grateful for those who
support me.

If you haven’t already, go give Rowan Joseph’s new single “Drunk” a listen. It’s one song that you will not be able to get out of your head! You can follow along with Rowan Joseph via her website.