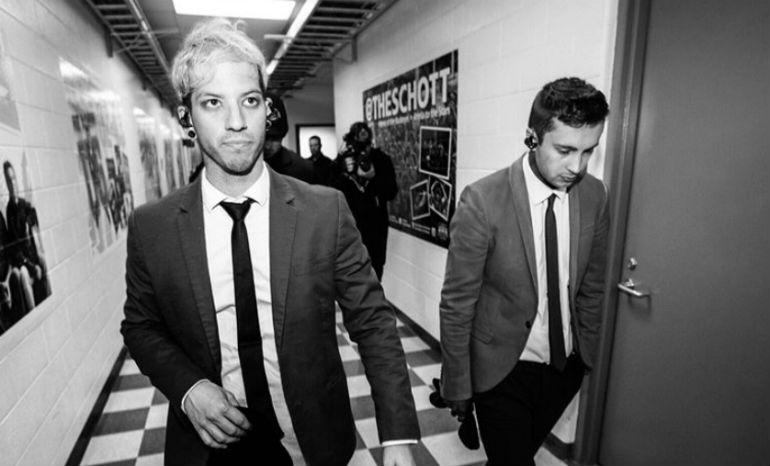 Twenty One Pilots concluded their three-song preview of their highly-anticipated fourth studio album, Trench. The third installment came in the form of Levitate, which features vocalist Tyler Joseph rapping his way over an intriguing beat for a little over two minutes.

One thing the duo has been adamant about with this album is that they are not making it for the critics, but for themselves and for those who choose to be fans. Their style has undoubtedly changed, and if the singles are any indication, there will be much more rapping from Joseph on this album.

Levitate lacked the factors that make a rap song fun to listen to. While the instrumentals were intricate behind Tyler, his rhythm, which he has shown can be elite and entertaining to listen to, was rather simple. The track also lacked powerful lyrics, which have been a staple in Twenty One Pilots’ discography thus far.

There are already fan theories about the trilogy of singles circling the web. There are many symbols and references that were also seen in Twenty One Pilot’s third studio album, Blurryface. Some believe the duo in that this is the end of their story told throughout their time as a band, but some see it as a prequel or even somewhere in the middle.

Twenty One Pilots has always had a knack for theatrics. Their live performances are among the best we’ve ever seen, as they make an entire arena feel like they’re in a living room together. This is also the same band that led their fans on a seemingly endless trail throughout their year-long hiatus. Tyler Joseph and Joshua Dun don’t want their fans to know what is happening yet. Until they do, no one is going to figure them out.

Levitate was the final single released before Trench drops on October 5th. While it was lackluster compared to the band’s previous work, each Twenty One Pilots album was stylistically different than the one that came before it. After three straight stellar albums, fans owe the duo of Joseph and Dun the willingness to change, because this album is going to be very different.

But again, Twenty One Pilots is not doing this one for the critics, the media, or anyone besides themselves and their fans, and that’s why we still love ’em.