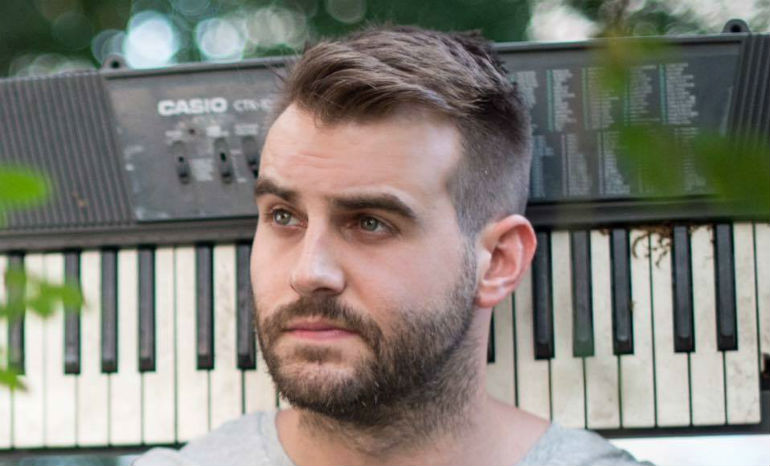 We recently had the opportunity to chat with Hunter deBlanc, a musician from Lafayette, Louisiana. If you haven’t heard of him, now’s your chance to check out his music! His new single, “Sydney,” is now available to stream on all platforms. He chatted with us about his new single, the meaning behind it, and some of his future plans below. Check it out!

You just released your new song “Sydney.” Tell us a little bit about the track and what it means to you.

Sydney means a lot to me. Lyrically, it is about my time out in Australia, performing almost every night for 6 months straight, and being far away from someone you love the entire time. Production-wise, it began as one of the first demos I made using Ableton when I was performing overseas, and then working with Austin Dore over at Wave Theory Studios was what really took the track to the next level.

Earlier this year, you released a song called “Tides.” How does “Sydney” differ from “Tides?”

Tides is a bit different than most of the songs I’ve released previously. The song always gave me the same vibes as like Mike Snow and even Daft Punk, while as Sydney has more of that “pop-punk” vibe that stems from my love for the genre since I was an adolescent.

Last year, you released a full-length album “Daydreaming.” How would you say your music has evolved since the last album?

I’d say that I have begun to trust my instincts as a songwriter a little more since ‘Daydreaming’, and that directly leads to me taking more chances in the studio. It’s important to let go and to take bigger risks, and I think that will ultimately help me open up more in the studio.

And to piggyback off that last question – can we expect a new album release later this year or anytime soon?

Currently in the midst of recording a few new songs, so I think the word ‘soon’ works here.

How has the music scene in Australia influenced your creativity and your overall musical style?

I’ve learned about all the Australian artists possible over the past two years. Jimmy Barnes, Peter Allen, John Farnham, Daryl Braithwaite, Paul Kelly, Hunters & Collectors, Aussie Crawl, Icehouse, Midnight Oil… you name it— but the one that followed me into the studio for Sydney was definitely INXS, especially the guitar sound in the chorus.

Who are some artists do you look up to or draw inspiration from?

One of my biggest musical inspirations is Andrew McMahon. He’s an absolute brilliant songwriter. From his early days with Something Corporate and Jack’s Mannequin, to his solo work now, I’ve just always admired the guy. But to name a few others— Ben Folds, Freddie Mercury, Billy Joel, Benjamin Gibbard…plenty of others, but I’d say these are the main ones.

If you had to describe yourself and your musical style to someone who hadn’t heard of you, how would you describe it to pique their interest?

I’ll use this quote from the Internet because I really don’t know how I would describe it. “…his own brand of alternative pop; utilizing synth-pop hooks a la CHVRCHES and The 1975, blended with the piano-driven sensibility of Elton John or Billy Joel. What started out as a piano-heavy pop/rock project has evolved into a more refined brand of alternative pop, with a synth that dances, mesmerizing, intertwining with deBlanc’s intricate and uplifting vocal delivery.”

When you’re not on stage or on the road, what do you like to do to relax and unwind? Do you have any fun or quirky hobbies?

Right now we’re in the midst of booking a tour for the fall. Dates to be posted at hunterdeblanc.com very soon!

Thanks for taking the time to check out my music. You can listen to my latest single “Sydney” via Spotify.