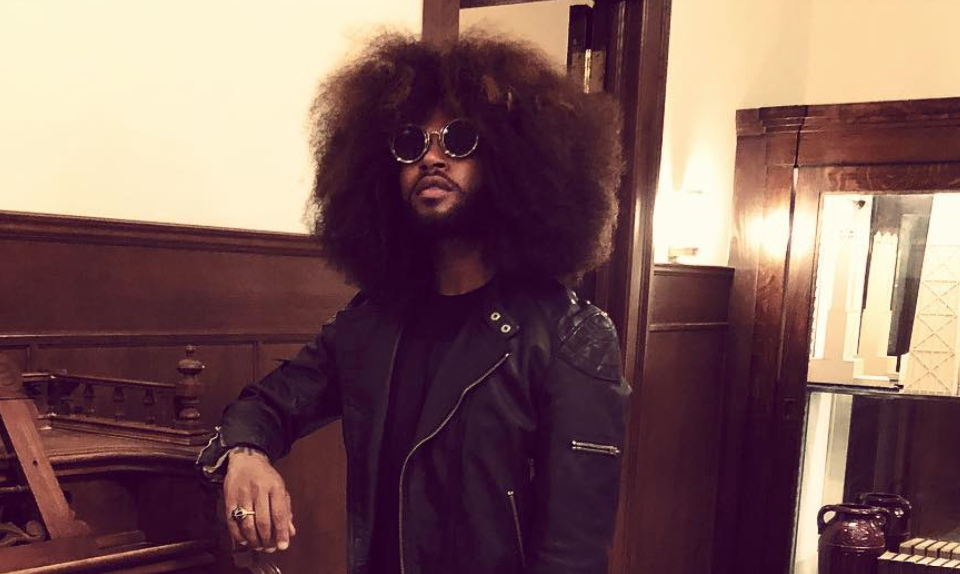 Just Loud’s name describes his sound perfectly. There is no one genre; it’s just loud… and it’s damn good.

At his NYC show at Public Arts last Wednesday, Just Loud brought audiences ranging from teenagers through baby boomers to their feet all night. He began the show with a low, spoken word bit and then began singing. It wasn’t until a few seconds in that I realized it was a cover of Radiohead’s “Creep.” It was a haunting, soul rock rendition that was almost unrecognizable. It showcased Just Loud’s beautiful high notes, which were reminiscent of Prince‘s.

At the end of the song, he signaled the audience to sing along with him, “I’m a creep // I’m a weirdo // What the hell am I doing here? // I don’t belong here” followed by him exclaiming, “the music industry is where the creeps belong!” The audience erupted in applause, and from that moment I knew this was going to be an energetic and engaging show.

The second song Just Loud and his band performed was called “Soul Train.” The recorded track features Debbie Harry of Blondie and is a straight up funk tune, whereas the live version had a grunge vibe. Aside from finding out Harry is featured on the track, I was pleasantly surprised when he sampled the iconic “In The Air Tonight” by Phil Collins.

Just Loud doesn’t limit his music to only soul, funk, and rock. “Angels and Demons” combined R&B and hard rock. Most of the song was soulful, and at the end, the band erupted into a loud rock/screamo jam (think: “The Pretender” by Foo Fighters).

He continued the show with his current single “Electrified,” which has some synth/MGMT influence. The audience was singing every word and dancing throughout the whole performance. He then closed the show with “Ghost,” a song that mixes rock, pop, reggae, and synth. The song takes you on a journey and is a true anthem!

Just Loud spoke about his self-titled debut album that’s expected to drop on November 16th. He explained, “The new album is not for corporate. I’ll be doing it for your nieces and nephews. We go through depression and suicidal thoughts. Real shit. This generation is suffering because they have too much pride to be who they are. They’re too scared.”

My favorite part of the night was his audience engagement. At one point, he asked for everyone to take out their phones, to follow him on Spotify and Instagram, and then he and his band took a photo with the crowd waving their arms. An artist who has no shame in marketing themselves while connecting and being interactive with an audience is an artist who will be very successful down the road.

This is just the beginning for Just Loud and we can’t wait to see what comes next! For more info on Just Loud, visit https://www.justloudnation.com