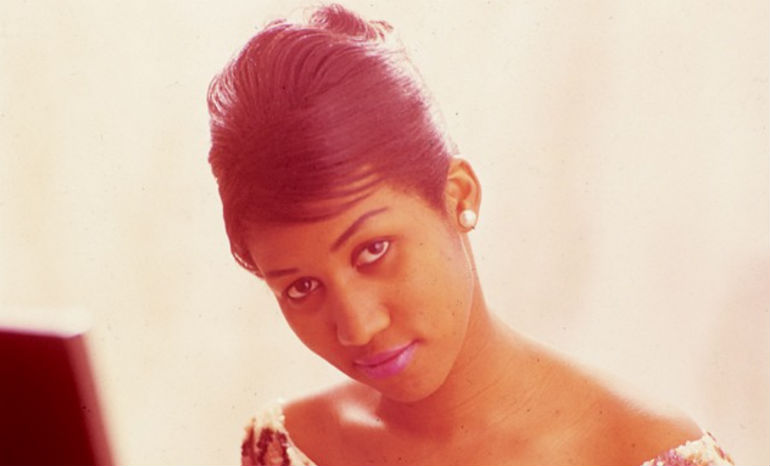 Just last week, Aretha Franklin, also known as the Queen of Soul, died at the age of 76 after a battle with pancreatic cancer. She died at 9:50 A.M. at her home in Detroit, Michigan, surrounded by her close family and friends.

Of course, the news of Aretha’s death broke hearts around the world, and fans, friends, and fellow musicians paid tribute to the legendary singer in the days since her passing.

Former president Barack Obama said, “Aretha helped define the American experience. In her voice, we could feel our history, all of it and in every shade — our power and our pain, our darkness and our light, our quest for redemption and our hard-won respect. May the Queen of Soul rest in eternal peace.”

Barack Obama wasn’t the only celebrity to pay tribute to Aretha, though. Ariana Grande took The Tonight Show stage to perform her own emotional rendition of Aretha’s “Natural Woman.” Of course, these are only a few of examples of people who’ve shared what Aretha’s meant to them. Many other artists took to social media to share their own special messages about the soulful singer. Take a look:

I don’t know of an artist alive today who hasn’t been inspired by Aretha Franklin… she gave voice to the most important declaration for women of our time and it still stands today… RESPECT… Rest in peace queen #QueenofSoul #TCB #Respect pic.twitter.com/aYyBYf7JJ2

There was a GENIUS that walked this Earth . She was a BLACK WOMAN . She gave us the BLUE PRINT . She RAISED THE BAR . She LAID THE FOUNDATION and her name was QUEEN ARETHA FRANKLIN . We could not forget you if we tried . I am infinitely THANKFUL . #GENIUS #4everbowingtoyouQUEEN pic.twitter.com/z7QjHLW5wI

Her voice; her presence; her style
No one did it better
Truly the Queen of Soul
I will miss you!@ArethaFranklin #QueenOfSoul pic.twitter.com/Gw5XEhsxjH

Aretha, your music set a standard for every single lady in this industry to rise to. You have touched minds, hearts and spirits, including my own. I pray you have a smooth journey Ree Ree and hopefully I'll get to sing with you in the Heavenly choir. Love you #QueenOfSoul pic.twitter.com/Rrw6JjDtCg

We have lost the greatest singer of our time. As a songwriter, I know personally how meaningful a gifted interpreter of material can be.

No one can replace her.

Aretha Franklin. The Queen of Soul. The Icon. The ultimate singers' singer. The greatest singer and musician of my lifetime. The power of your voice in music and in civil rights blew open the door for me and so many others. You were my inspiration, my mentor and my friend. pic.twitter.com/YDQL2zzgdM

What beautiful music and vocal artistry you gave to the world. You are a legend and your soul will never be forgotten. Rest in peace angel of music. #ArethaFranklin pic.twitter.com/ab8fmIhp4o

Rest easy #ARETHAFRANKLIN I imagine u in heaven performing & still making people souls move🙌🏾 this was my aunt favorite record #RockSteady you will always be the Queen of Soul you been that before many of us were born! Thank you for giving us LEGENDARY TIMELESS music 🙏🏾❤️ pic.twitter.com/bEueBCLGJ9

Let’s all take a moment to give thanks for the beautiful life of Aretha Franklin, the Queen of our souls, who inspired us all for many many years. She will be missed but the memory of her greatness as a musician and a fine human being will live with us forever. Love Paul pic.twitter.com/jW4Gpwfdts

This is the face of a young man who couldn't believe he was actually singing with the GREATEST OF ALL TIME. Thank you, Ms. Franklin for blessing us with your incomparable gift. Honored to have shared the stage with you even for a moment. Always bowing down to you. #QueenofSoul pic.twitter.com/4bZVAWcqeS

All my love to the Queen of Soul. Aretha Franklin paved the way for so many of us in music. Her voice & legacy will never be forgotten. 🙏🏾 pic.twitter.com/HbLnVTVaTu

Been listening to this for the past couple of days. What an amazing illustration of the spirit that is @ArethaFranklin
Listen to this, look up to the stars and know she is with the Master now.https://t.co/tjxCIzmciX

The world lost an incredibly talented woman today. Rest In Peace, @ArethaFranklin… your legacy and music will forever inspire us and future generations 💛 pic.twitter.com/me6FiFo1lM

rest in power Queen 👑 your legacy will never be forgotten 🙏🏿 pic.twitter.com/NOQy7E2CdY

Aretha. The Queen of Soul. As singers, we all aspire to her passion, authenticity, and power. Her talents, gifts and contributions changed hearts and touched lives. She was and remains a national treasure. Rest in Power Queen. pic.twitter.com/jW1b93Hoff

Whether it was Gospel, Blues, Jazz, R&B, Pop,or Civil Rights, Aretha Franklin was the greatest gift and the voice of a generation. She could turn any song into a hymn. She will be greatly missed here on earth, but that band in heaven just got our Angel
Rest In Peace Aretha

The greatest voice in American popular music has been stilled. Our beloved #ArethaFranklin has gone. For me, she was a musical lighthouse, guiding and inspiring with every note. I loved her so and love her still. Goodbye, Queen of Soul.

It was a double thrill for me to perform on the stage of the Metropolitan Opera on my 85th birthday and have the Queen of Soul (and heart) Aretha Franklin singing with me….she will be missed by the world. pic.twitter.com/74VM9IYejI