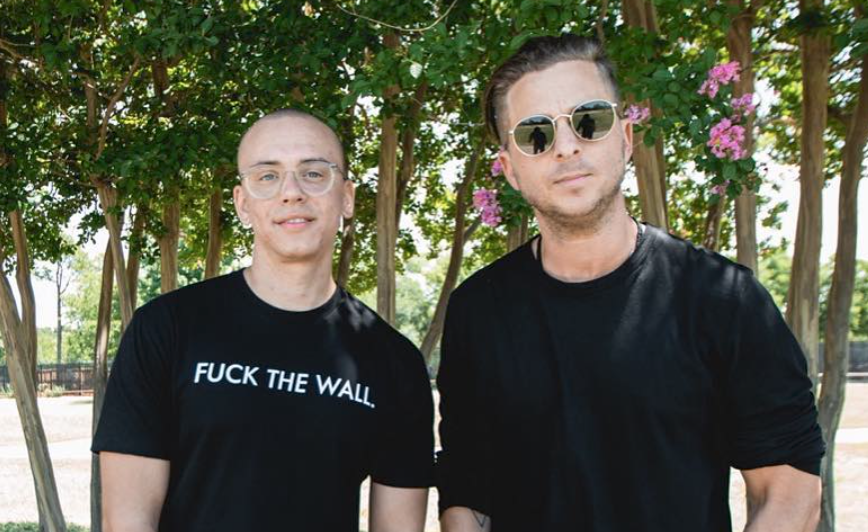 In the wake of one of the biggest controversies of the Trump administration’s time in office, rapper/producer Logic has joined in the protests with his new release, “One Day.” The music video for the song was released on August 17, and it could’ve been confused for a feature film rather than a rapper’s music video. The song features vocals from Ryan Tedder.

The video opens in present day, at the U.S-Mexico border, and shows a Mexican father, mother, son, and newborn baby attempting to seek a new life in the Land of the Free. As the baby begins to cry, the family is captured by US border patrol and the children are separated from their parents, something Trump has received lots of negative attention for over the last several months.

The music video was a protest of two things. The first obviously being the crisis of separating families at the border. However, the second main character in the video presents something else. This narrative follows a young white boy growing up in rural America, who is later shown to be raised in a family of white supremacists. As the Mexican boy in the first scene is adopted and becomes a doctor, the white boy is shown celebrating his initiation into the white supremacy movement. At the end of the video, the white man is in the hospital after attempting to attack a black group at a bar, and the very doctor saving his life is the same Mexican boy he was shown bullying in an earlier scene.

When he realizes the man he’s saving is a white supremacist and Neo-Nazi, the doctor lowers his mask and says, “It’s okay, man.”

Cheesy? Maybe a little. However, Logic, who was wearing a “F**k the Wall” shirt when he was shown in the video, constructed a beautiful story and video to go along with his usual motto of “Peace, Love and Positivity.”

Logic also performed the song at the Video Music Awards this weekend, and was joined on stage by hundreds of kids wearing “We Are All Human Beings” shirts. It was the second time in two years Logic took the stage at the VMA’s, as he performed his triple-platinum song “1-800-273-8255” focused on suicide awareness and prevention.

Last year, the National Suicide Prevention Lifeline saw their number of calls jump up 50% following Logic’s performance. While President Trump and his officials probably won’t be moved by the performance this year, it capped off a night of protest in which the music community came together as one to stand against and protest the government’s current administration.