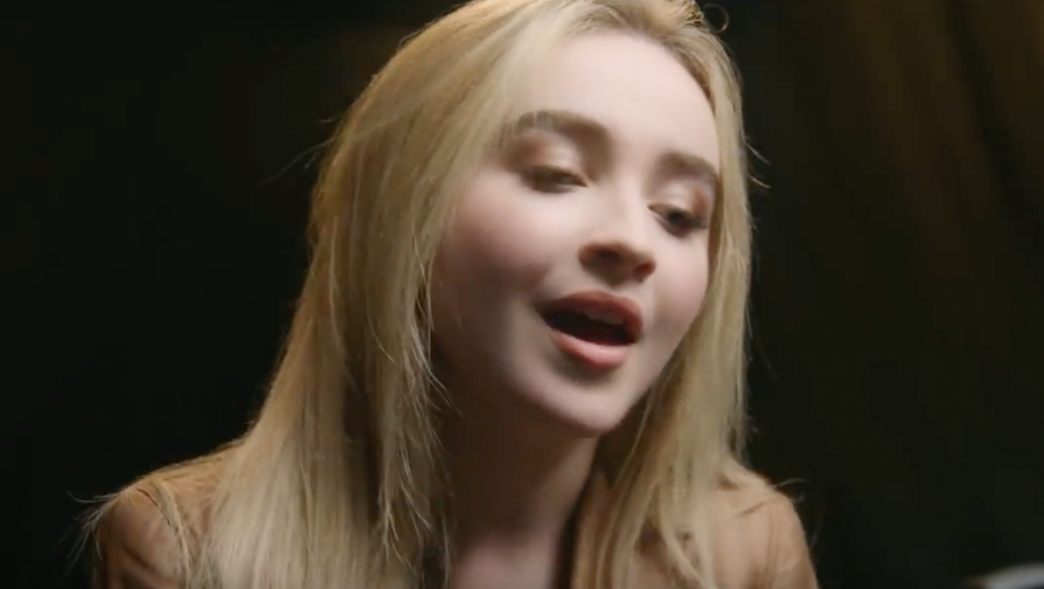 At 19-years-old, actress and singer Sabrina Carpenter shows promising signs of an up-and-coming star, and her live performance of “Almost Love” at VEVO demonstrates not only her musical talent, but also her ability to captivate an audience. The VEVO Originals video features Carpenter through the lens of a hand-held steadicam, up close and personal. Carpenter’s sultry vocals take up the surrounding space, both her voice and posture emanating with a poise and confidence that seems beyond her age.

The lead single to her upcoming album Singular, “Almost Love” is about the anticipation leading up to a full-blown relationship. That feeling is portrayed as one of desire and tension, described through analogies like “The moment when the light is red before the go // The moment when the curtain’s down before the show.” The official music video for the song features sexy choreography and dark, dramatic undertones, but with this acoustic performance at VEVO, “Almost Love” almost feels like an entirely different song. Against the stripped-back instrumentals and minimal visuals, Carpenter’s voice carries even greater emotional gravity.

Carpenter is known for her roles on Disney Channel, as well as in movies like the upcoming film The Hate U Give. Like most starlets who pushed off their careers on Disney Channel, the evolution of Carpenter’s image from a 13-year-old to a 19-year-old isn’t left unscrutinized. She understands the impact it has on her reception as an artist, saying, “I think that because of my history, it’s always something that I’ll have to deal with and get over. Not in a bad way — in a way that I hope they can digest it and come to like it, like I have.” Carpenter describes Singular as an album where she says she has really grown into herself, becoming comfortable with opening up through her music as well as collaborating with other artists.