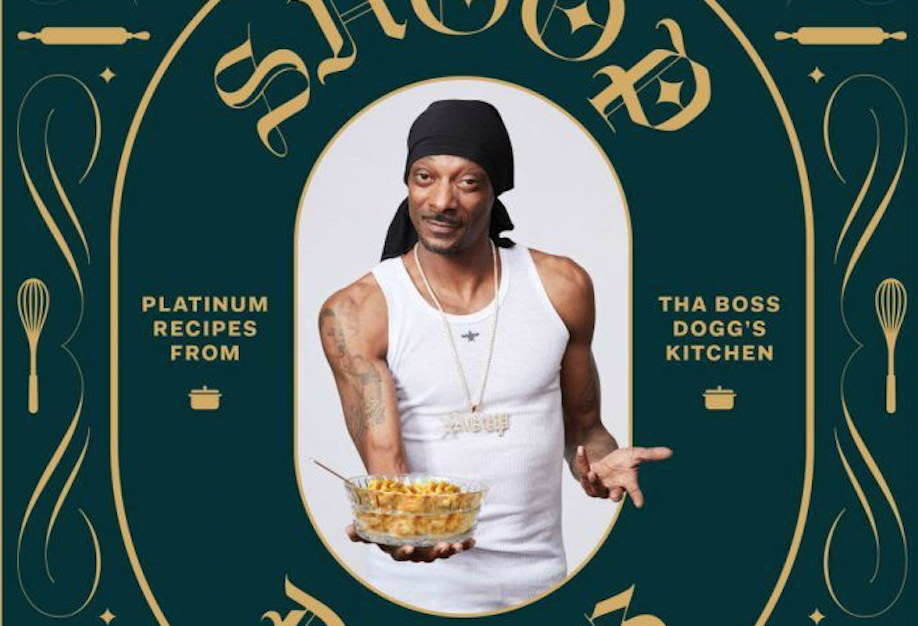 Have your social media feeds started becoming clogged with posts talking about boots, pumpkin spice everything, and the number of shopping days left until Christmas? If so, we’ve got a two-step plan to solve all your problems. First, mute whoever is posting that nonsense… you don’t need that kind of pressure in your life! Next, pre-order a copy of Snoop Dogg’s new cookbook, From Crook To Cook, which hits shelves on October 23. In the cookbook, Snoop will offer up his own personal recipes for everything from gin and juice to filet mignon.

Fall is the season of potlucks. It’s just a fact. You can’t fight ‘em on this one, so you might as well join ’em. But join them in style, and with a funny anecdote about the dish you brought being a rapper’s recipe. You’re all but guaranteed to get asked whether your dish contains marijuana. And, let’s be real… who doesn’t want to have a good marijuana debate with their co-workers and church groups?

Interestingly enough, Snoop’s new book doesn’t contain any ‘edibles’ recipes. This seems like a missed opportunity from America’s biggest weed fan, but if we’ve learned anything about Snoop since he first hit the rap scene in 1992, it’s that we should expect the unexpected. The book’s publisher, Chronicle books, says the book will contain 50 “cannabis-free” recipes for “snacks to satisfy those munchies,” so your potluck is safe.

Sure, you probably used your phone and trusty old Google the last time you wanted to find a recipe, and you probably found six thousand different ways to prepare chicken in seconds, but you won’t get the story behind those recipes online. With a person as eclectic as the Doggfather, there’s sure to be more you need to know about his baked Mac ‘N Cheese than just what ingredients are in it.

Snoop Dogg, also known as Calvin Broadus, Jr., may be best known for his rap career – he has sold 37 million albums world wide – but that’s not all he’s known for.  Other rappers (such as Kelis and Coolio) have written cookbooks, but Snoop has a few unique accomplishments to his name. He is a fascinating study in contrasts.

Snoop has been tried for murder.  He’s also a dedicated youth football coach of 15 years who has launched NFL careers. He is an award-winning pornographic film director. He has also been married to his high school sweetheart since 1997 (although the pair did divorce in 2004 and later remarry).  He’s an Emmy-nominated cooking show host alongside Martha Stewart, and he’s also in the wrestling hall of fame. Snoop Dogg is also a former gang member who now actively speaks out in favor of gun control. With a whopping seventeen nominations and zero wins, no other performing artist has been nominated for, but not won, a Grammy.

So how does this solve all your fall problems? Now you’ve got recipe ideas, interesting anecdotes, conversation starters, and probably enough Snoop trivia to build an icebreaker or team building game! Ta-da! Your fall problems have been handizzled. Pre-order your book here, then see below for a few more interesting Snoop trivia nuggets you can serve up alongside the baked mac n’ cheese.