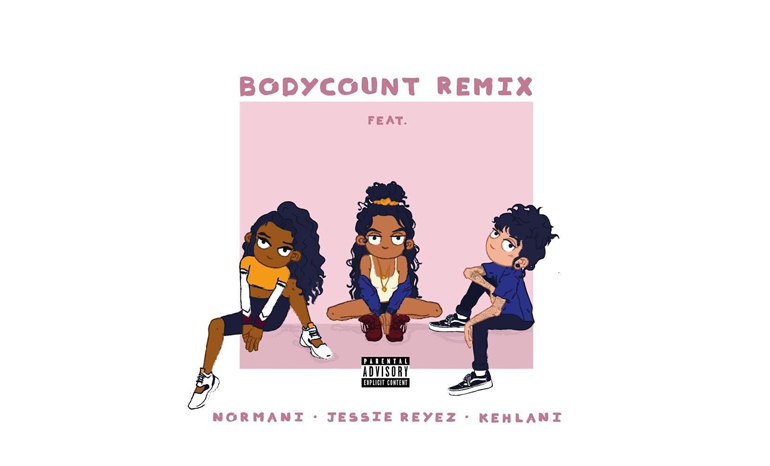 Like “Bang Bang” and “Lady Marmalade” (2001) before it, “Body Count (Remix)” brings female solo artists together to flaunt their sexuality. The remix takes Jessie Reyez‘s original acoustic-leaning “Body Count” in an R&B direction, adding new verses from the featured artists that allow them to showcase their unique vocal styles and personalities, each putting their take on the lyric, “I dodge d*ck on the daily” (perhaps a contender for most memorable line of 2018).

The title refers to a man questioning how many people each woman has slept with. The song goes on to reject the double standards applied to male and female promiscuity — “I’m sure if tables turned and it was dollar signs per body // You would be one very rich and wealthy man,” Kehlani sings.

Normani (of Fifth Harmony fame) uses her verse to boast of her independence and her game, eventually telling the boy she’s addressing “You were birthed by a woman, show some f*cking respect.” Kehlani, who is openly queer, uses her verse to brag, “I dodge d*ck for some p*ssy.” She then goes on to push back on how sex between women is subject to the male gaze.

By bringing in Normani and Kehlani’s verses, the remix makes a strong statement that women are allowed to own their sexuality, no matter what that looks like for each individual woman. While it does cut out Reyez’s memorable line “maybe you should put a rubber on your heart before it breaks” from the original, it keeps the upbeat chorus “we gon’ love who we wanna love” that wraps the subversive verses in a catchy package.