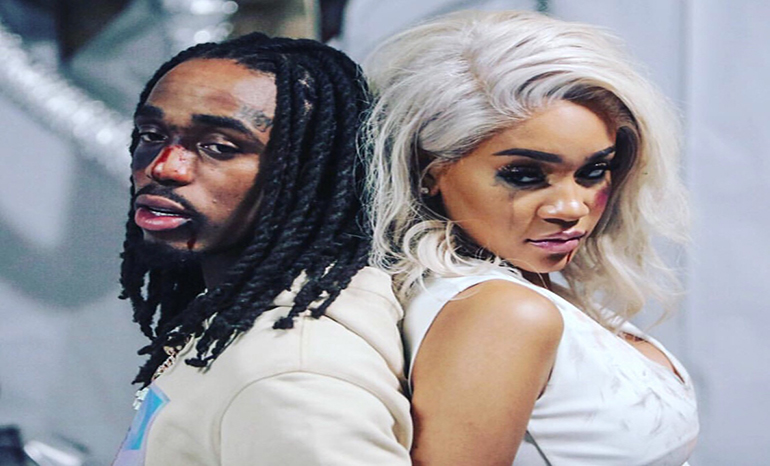 Quavo, a member of the popular rap group Migos along with Offset and Takeoff has had a productive solo summer. Earlier this month, he released three songs titled “Workin Me,” “Lamb Talk,” and “Bubblegum.” In addition to these new releases, Quavo was also featured on DJ Khaled‘s “No Brainer” along with Justin Bieber and Chance the Rapper. The song was nominated for song of the summer at the MTV Video Music Awards.

Last week Quavo teamed up with fellow rapper and his current girlfriend, Saweetie, for the music video for “Workin Me.” Produced by Murda Beatz, the visual is directed by Joseph DeRosiers Jr., Edgar Esteves, and Quavo himself. Telling the story of loyalty, betrayal, and forbidden love, “Workin Me” opens with Quavo and his employer playing pool. His employer tells talks to him about trust and loyalty before warning him to stay away from his niece.

It’s at this point that “Workin Me” starts to play. We follow Quavo and his love interest as the two naturally hook in a hotel room. After their encounter, Quavo’s employer calls him back to his mansion, only to be drugged and kidnapped on arrival. When we see the two lovers next, they’re tied together in what looks like a basement. A single henchman stands next to a table littered with tools for torture, which serves to build up to the climax. The employer enters the room, ready to make good on the warning he’d given earlier in the video. He inquires about Quavo’s loyalty but ends up taking a bullet in the back from his own henchman.

The story-driven music video gives off a classic Romeo and Juliet vibe and is well executed. We can only hope that Quavo will continue to deliver music videos of this caliber going forward. Watch the new video for “Workin Me” below and let us know what you think in the comments or tweet us @soundigest.