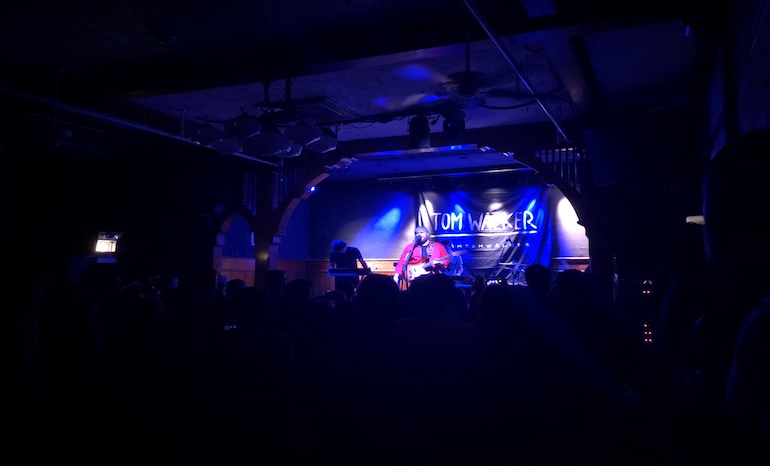 Scottish singer-songwriter Tom Walker is currently finishing up his first U.S. and Canada tour, in which the majority of the dates were sold out. On Monday, August 27, Tom played Schubas Tavern in Chicago, IL, which was just one of the many sold-out dates of the tour. The show was intimate with an obvious focus on the music between the crowd and the musicians.

It’s hard to know what you’re walking into when you’re seeing an artist for the first time. Walker took the stage at 9:15 and was given an hour to leave an impression. The venue was small, there was barely enough room for his band on the stage, and there definitely wasn’t any room to interact with the crowd in any physical way. But, he still blew the audience away. He didn’t need fancy lights, confetti, or a sold-out arena. His voice was enough.

The audience was hanging on to every lyric he sang and every note he hit. Whether it was an upbeat song like “My Way,” or an unnamed, unreleased ballad he wrote for his grandmother, he kept the crowd entranced (and let’s face it, he made us shed a few tears, too). Walker had a way of connecting to the audience with only his voice.

When artists start smiling while singing their songs, you know that they love what they’re doing. There were moments when Walker would look at the crowd and smile while singing, and it’s in those moments that there’s a genuine love for the music. You can’t write moments like that.

Tom Walker, you are welcome in the U.S. any time, as long as you keep radiating talent and love for music. For anyone else, if you’re looking for an intimate and genuine concert experience that’s all about the music, definitely make sure you catch Tom Walker on his next tour!