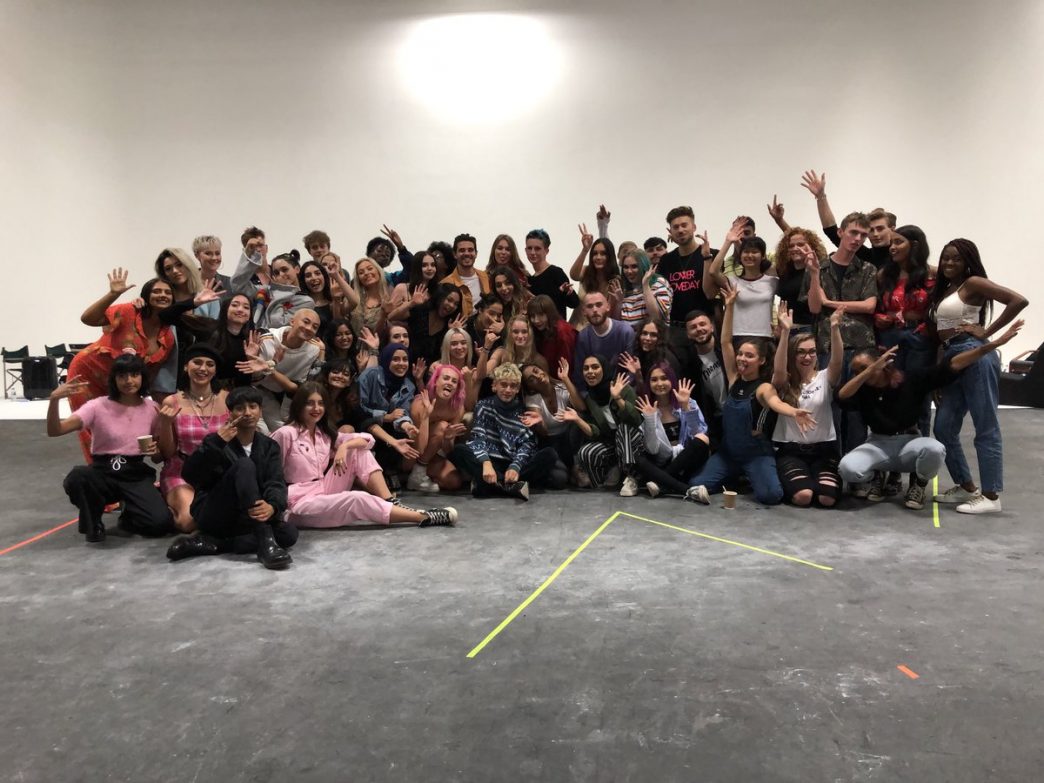 It is not everyday that you get recruited to star in a music video with your favorite band. The 1975‘s new video for “TOOTIMETOOTIMETOOTIME” is a colorful celebration of music loyalty. This is the third single from The 1975 ahead of their upcoming third album.

With the song’s technology theme and fun, pulsating beat, the video setting fits right in. Set along a color-changing backdrop, we see frontman Matty Healy singing along with a slew of die-hard fans. Healy is sporting new blonde hair and all-black tux. It looks very similar to their video for “Girls” from their debut album.

The fans are the true stars of the video, however. It’s clear that they are having the time of their lives. They’re having a dance party with many takes of them individually singing along. “Think we need to rewind // You text that boy sometimes // Must be more than three times // Didn’t mean to two-time ya,” they sing. The song is all about communications among the online age, and The 1975’s fan base represents this perfectly.

Fans gathered in Europe to film the video in July, and from the looks of it, it seems like it was an unforgettable day.

Today was incredible, I got to be in the @the1975 new music video. @Truman_Black is a fucking legend and so was the whole team, so gratefull for today⚡️ (I’m just above Matty in the orange) pic.twitter.com/03qMNGtTHk

Another cast member was delighted at the fact that the group was so diverse and we have to agree! There was definitely some amazing representation at the video.

so humbled to be a part of a fan base like the 1975’s. this music video was a once in a lifetime opportunity brining people together of all colors, shapes, backgrounds and stories.

Healy even expressed his happiness for the project. The 1975 is known for having great fan interactions and ensuring the connection with their loyal fans is there. The band is even planning on doing free meet and greets on an upcoming tour.

Their third studio album, A Brief Inquiry Into Online Relationships, will be coming soon. Although there is no release date, the album is predicted to come out late 2018 or early 2019. This track follows “Give Yourself A Try” and “Love It If We Made It.” Check out the video below!