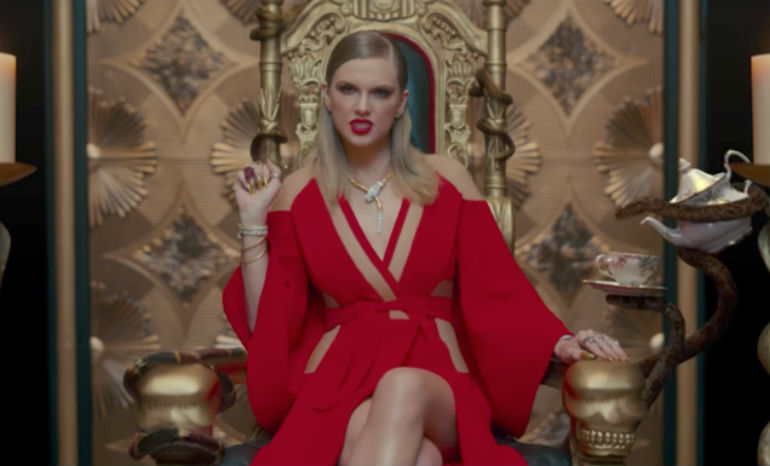 After being surprisingly unavailable to the press to discuss her latest album Reputation, Taylor Swift has admitted that the lead single, “Look What You Made Me Do,” was a “bait-and-switch” for fans.

At an intimate Taylor Swift NOW concert, Swift explained, “[I] think there was a bit of a bait-and-switch that happened with his album when we put out ‘Look What You Made Me Do’ and we’re like, ‘Guys, this album is gonna be one thing.’ And when the album came out, it’s legitimately an album about finding love throughout all the noise.”

The revenge-seeking attitude and shockingly different sound of “Look What You Made Me Do” were jarring for fans and critics alike, but in retrospect, Swift’s apparent pivot into playing the bad girl was a savvy move to get everyone talking about an album that is ultimately about finding mature love. Even with her venture into a darker pop sound, the songs “Delicate,” “Gorgeous,” and “Call It What You Want” are classic Swiftian love songs, sharing an intimacy with the listener through self-deprecating and revealing lyrics. “Look What You Made Me Do,” however, stirred up so much conversation that the video set a record for number of global streams within 24 hours after it was revealed at the 2017 MTV Video Music Awards.

Her public feud with Kim and Kanye West and the negative publicity around her relationships with Calvin Harris and Tom Hiddleston seem to have gotten to Swift, who is notoriously careful with her public image. But all that “noise” didn’t prevent her from finding a deep connection with her boyfriend Joe Alwyn. “[Reputation] starts with the noise and how that makes all you feel, and how it makes you feel when people are saying things about you that you feel, like, aren’t true and living your life sort of in defiance of that,” she explained. “In defiance of your reputation. And then, sort of, in the middle of the album you kind of realize ‘how much do I really value that?’”

“If you can find something real in spite of a bad reputation, then isn’t that what matters the most to you? And doesn’t it matter the most to you that you know who your real friends are now?”

Releasing “Look What You Made Me Do” as the first single from Reputation shows that Swift is self-aware and will go to great lengths to control the narrative surrounding her, even if that ultimately means she has to make fans think she is more bitter than she actually is.